If you have young children, you’ve probably heard the ubiquitous “Baby Shark” more times than you care to remember. The catchy little educational song has been a huge hit with kids — provoking obsession levels on par with Beanie Babies and Furby toys. The video for the song on YouTube currently sits at over two billion views.

“Baby Shark” was created by a YouTube channel called Pinkfong! The Korean-based channel makes videos with sing-along songs and dances. The songs are educational and the dancing keeps kids active, so it’s a win-win for everybody, right?

Wrong. Kids get weirdly obsessed with this song fed to them by a brightly-colored screen and they tend to play it constantly and drive their parents absolutely insane. Many have wondered if the “Baby Shark” song is actually some kind of Black Mirror-type tech torture device.


Major internet phenomenons like this only exist because babies can use iPhones and pull up their favorite videos to entertain themselves. (They entertain themselves very well, too. Those parents who limit screen time must be masochists.) But if you absolutely just can’t stand to hear the thing one more time, just change the WiFi password. The little brats will never know what hit them.

I don’t have kids so I've had precious few opportunities to hear the song in the wild. I often had to pull it up myself on YouTube to share with my fellow childfree peoples, but it’s my understanding that you parent-types get to hear this song all day, each day? How lucky you are to have such exposure!

I love a catchy song and the first time I heard “Baby Shark” for the first time earlier this year it just spoke to me. I think it was all of the “doo doo doo”s. Man, Brian Wilson wishes he thought of that, huh? (kidding, kidding...)

In one way “Baby Shark” is totally better than “Rock Lobster,” though: It has a dance with it! We haven’t had a good one like that since the Macarena, the Electric Slide and (my favorite) the Cha-Cha Slide.

“Baby Shark” also makes me feel like I’m down with the kids. I wouldn’t know an Ariana Grande song if it kicked me in the teeth and to me J. Cole seems like the name of a highly flammable clothing brand they carry at TJ Maxx. I’m too old to fuck with rappers with faces that look like a desk in detention but I’m still too young to give up on all new music completely. But I did spend my 2018 mostly just thinking about how Cardi B is a goddess and enjoying some “Baby Shark,” so I’m obviously still a little cool, right? (*crickets*)

Okay, so “Baby Shark” isn’t totally perfect. The Jaws music in the intro is a little scary and for some reason the beat that kicks in right after reminds me of 1997 Backstreet Boys. And the binary genders and heteronormative roles might not reach modern standards for woke child-rearing (how about two daddy sharks next time, yo?) but whatever, Grandma and Grandpa shark don’t have any teeth! It’s the best!

The video is also educational in that it gives children a glimpse into a day in the life of a top predator... but who even cares because OMG have you seen that little fish face when he’s hiding in the coral? He is so cute.

Anyway, even if you’re over the song and your kids are killing you with repeated listenings, at least it’s better than “The Song That Doesn’t End,” dig? Don’t tell them about that one. 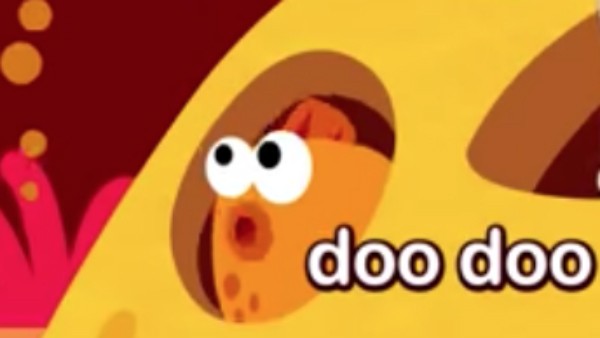