Music Record Shop Is Moving Again, This Time Next Door to Fubar 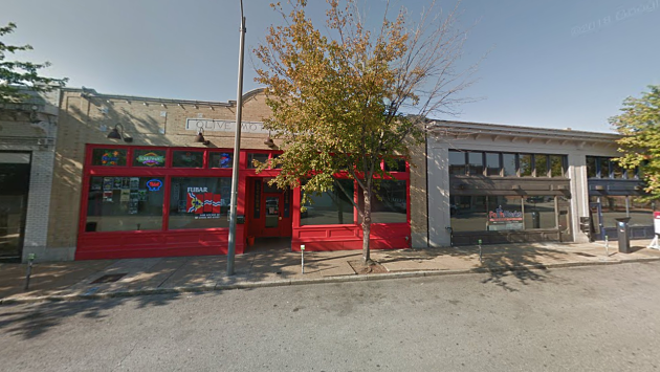 A little more than a year and a half after setting up operations across two floors of the .Zack building in Grand Center, Music Record Shop is moving again.

The store announced through its Facebook page that it will be moving into the space next door to Fubar, at 3116 Locust Street. The location in Midtown is just a short distance away from its current spot, but will see the storefront returning to street-level as opposed to being housed on the third floor of a multi-use building.

"We’re moving and we can’t wait for you to see the new place," the store's Facebook post reads. "We are open in the .Zack building until Saturday and then we’re moving just right on down the street next to Fubar. Make sure you come by the new location next Friday and check it out!"

Music Record Shop could just about be considered a nomadic operation at this point. Originally an online affair, the store first put down brick-and-mortar roots in 2014 in the Grove neighborhood, setting up shop next door to the Ready Room. After outgrowing that relatively small space, the store moved to Washington Avenue, right next door to KDHX, in September 2016.

That home was always meant to be a temporary one while owners waited for renovations to be completed on the Kranzberg-operated .Zack building (formerly the home of bygone music venue Plush). A smash-and-grab robbery in December 2016 hastened the move into the new space, and Music Record Shop opened for business in .Zack in March 2017.

The store's latest location next to a music venue, then, serves as something of a return to form. And considering the fact that its .Zack spot was hardly conducive to the type of walk-in business that is crucial to any record store's survival, it is likely a very smart move indeed.