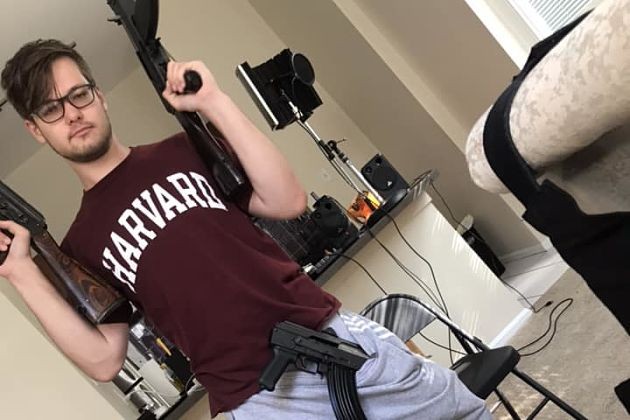 Lil Xan's show, which was supposed to happen on Wednesday at the Pageant, was canceled at the last minute — apparently due to a St. Louis man's threats on the rapper's life.

In a video obtained by TMZ, a man who has been identified as 21-year-old St. Louis rapper VladHQ can be seen firing two Ak-47s into a lake while threatening the rapper.

“Hey Lil Xan, I want my smoke tomorrow October 10 at the Pageant, you little bitch," he says in the video. "Where the fuck you at?”

The caption that accompanied the video read: ”Lil Xan said he wants a fade with me. I’M COMING TO YO OWN SHOW TO SMACK TF OUT OF YOU TOMORROW OCT 10 AT @thepageantstl.”


On Wednesday, the day of the show, VladHQ posted a photo of himself surrounded by weapons, with the caption “hi Lil Xan see ya later at your show.”

The Pageant canceled the show that very day, without citing a reason. But VladHQ was quick to credit himself on his Facebook page:

“It is our top priority, including the promoters and venue, to ensure safety at every show," a representative for Lil Xan told TMZ. "This was an old situation that has been taken care of internally. There is no reason to fear safety at any of Lil Xan’s shows moving forward.”

St. Louis police told NME there is not currently an investigation into the threats, because no police report has been filed. The threats appear to be related to a dispute over money.

Little Xan's song "Betrayed" hit No. 64 on the Billboard charts last year. The 22-year-old California-raised rapper takes his rap name from the drug Xanax, though he's suggested he may change it back to his birth name, Diego, as an anti-drug message. He'd previously earned attention from TMZ after using the n-word during an argument at a shopping mall food court captured on video.

The Ukrainian-born VladHQ is a locally based rapper who, like Lil Xan, seems to have an affinity for Xanax. His track "Don't Take My Xanax," released a year ago, has been played more than 27,000 times on his Soundcloud page.

The incident involving the canceled Pageant show comes just a month and a half after another rapper, YK Osiris, had his van shot up in St. Louis while traveling down the highway to a hotel after performing at the Pageant. Police made no arrests in that shooting.