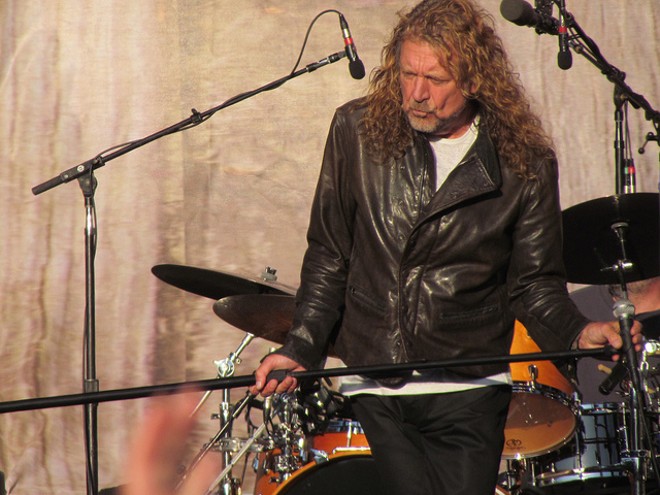 LouFest may be canceled, but thanks to the efforts of business owners and performing artists hell-bent on making lemonade out of this enormous pile of lemons we've been handed, this weekend will see multiple major musical celebrations in St. Louis.

Make-up events have been announced at the Dark Room/the Grandel, the Boathouse, Gaslight Lounge, Southtown Lounge and Delmar Hall. All of them were thrown together in the last 36 hours in an effort to salvage some of what was lost.

Thanks to the efforts of Chris Hansen and the Kranzberg Arts Foundation, which was to be responsible for this year's all-local Jazz and Heritage Stage at the fest, this Sunday at the Grandel Theatre (3610 Grandel Square, 314-776-9550) and the attached bar, the Dark Room, the vast majority of local artists who were supposed to play the fest will perform for the Sound of St. Louis Showcase, starting at 2 p.m. Several of LouFest's beer sponsors have hopped on board as well, bringing the event's price tag down to a much-welcomed zero dollars. Hansen says that in booking the show they hope to "cut through all the bullshit and get a lot of people out to stand with our community."

"The last thing I want is for artists to be sitting on their hands," he adds.

Meanwhile, back in Forest Park, Mike Johnson and the team behind the Boathouse at Forest Park (6101 Government Drive) are planning an event as well — the marvelously named Just Lou It.

From 9 p.m. to midnight Saturday, Just Lou It promises two stages at and a host of bands. For $10 in advance ($13 the day of the show), you can see a host of performers, with a hip-hop heavy lineup (doors open at 8 p.m.). Stage one features Trackstar the DJ & Friends ... and yeah, that's the St. Louis native who serves as the DJ for Run the Jewels. Hosted by Finsta, the show will also feature Blackillac + The Knuckles, Indiana Rome, Bates, Riley B and an opening DJ set by VThom. Stage two will feature Sean Canan's Voodoo Players: Voodoo Soul, featuring Sean Canan, Laren Loveless, Andy Coco, Nathan Hershey, Tony Barbata, Adam Hucke, Aaron Chandler and Charlie Cerpa.

On that same night, New Orleans soul-funk band Tank and the Bangas has booked a show at the Old Rock House (1200 S. 7th Street). The show starts at 8 p.m.; tickets are $15. See the Facebook event page for more info.

Also on Saturday, Jukebox the Ghost and Mt. Joy have booked a show at Delmar Hall (6133 Delmar Boulevard) that also features Zach Sullentrup. The all-ages show is $22-26. Doors open at 8 p.m. and the show begins at 9 p.m. See Delmar Hall's website for ticket info.

Seattle-based indie folk band the Head and the Heart, one of the acts slated to perform at the fest this year, announced Wednesday night that it will play Delmar Hall Sunday, with a special acoustic set followed by a performance by the full band. See the band's website for tickets. (They'd promised to make them available beginning at 10 a.m. today.)

Finally .... last but definitely not least, LouFest headliner Robert Plant just announced he'll be playing St. Louis after all, with a show at the Pageant (6161 Delmar Boulevard). The show starts at 8 p.m. Sunday, and while it's not showing up on Ticketmaster yet, we're told it will be soon. You can also get tickets at the venue box office.

Are we missing any recently booked shows with a LouFest angle? Let us know in the comments. And, of course, we'll always have Pu Fest.

Editor's note: We updated this post to add a few new shows announced after publication.