The 5 Best Concerts in St. Louis This Weekend, August 3 to 5 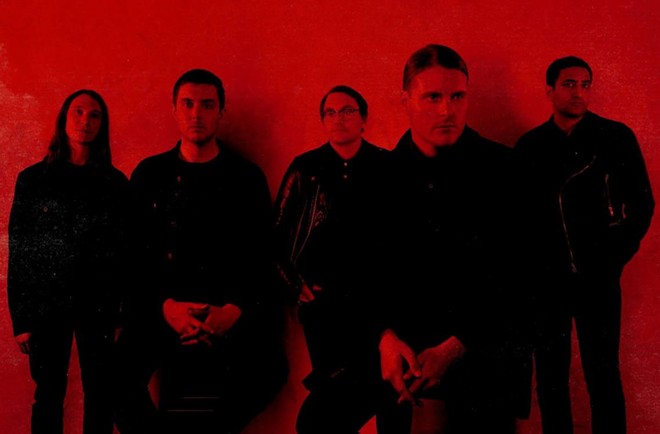 T-rextasy w/ Blacker Face, Amalghemy, Camp Counselor
8 p.m. Foam Coffee & Beer, 3359 Jefferson Avenue. $8 to $10. 314-772-2100.
T-rextasy makes twee pop drenched in wet pop rocks — it’s a sickly sweet sound that bubbles up and covers the leather-jacketed masses with glee. Bright vibes shine through the songs, but the band’s messaging, dedication to intersectionality, and ability to take political action through music make it an absolute force. Raised in the center of the NYC music scene — its debut was at the renowned, now-shuttered Silent Barn — T-Rextasy offers a show with dancing, audience participation and performance art crammed into a succinct set of rock & roll songs. Chicago’s Blacker Face puts an exclamation mark on the show with activist Afropunk that comes armed with razor-sharp riffs and scattershot drumming.

Deafheaven w/ Drab Majesty, Uniform
9 p.m. The Ready Room, 4195 Manchester Avenue. $18 to $20. 314-833-3929.
In a perfect world, Deafheaven would get its due respect for building a unique take on black metal. Few bands are as diverse and divisive as this Bay Area outfit, which moves from temporal soundscapes to triumphant shredding, offering an enormous range with entry points for discerning metalheads and indie-chic diehards alike. That kind of crossover could seem insincere for those obsessed with genre purity and all the rules that come with it, but fans have long ago come to terms with the band’s determination to do whatever it damn well pleases. In the case of this show, that includes bringing the prog-heads in Uniform and the dreary post-punkers in Drab Majesty along for the ride.

Lightrider w/ Pono AM, Flow Clinic, Daytime Television
7 p.m. The Firebird, 2706 Olive Street. $5 to $10. 314-535-0353.
While Lightrider is quick to set the vibe with a lush collision of post-rock and indie sounds, its songs are slow-moving masses that cover some serious ground. With gradual climbs and a patient pace, the band builds up a sonorous wave that eventually crashes — and it all goes down before wearing out any kind of welcome. This show marks the release of Lightrider’s new EP alongside like-minded bands in St. Louis’ own Pono AM and Daytime Television. Of special note is Flow Clinic, an ambient outfit that features members of the recently revived Not Waving But Drowning.

Dig the Well: Midwest Hardcore Showcase
2 p.m. Fubar, 3108 Locust Street. $15 to $20. 314-289-9050.
The group of promoters behind STL HC — Saint Louis Hardcore — work as a pillar underneath the city, propping up heavy-hitting bands from near and far with a diverse mix of local support. While this is called a “showcase,” make no mistake: Dig the Well is every bit a festival, with acts that range from the activism-infused heavy hardcore of Louisville’s Transgression to the straight-edge punk of Milwaukee’s Forced Impact. Sure, it’s an endurance test for those who go from 2 p.m. to closing time, but a solid show will be on offer at all hours of the day. Just bring earplugs.

STL Zinefest ’18
6 p.m. RKDE, 2847 Cherokee Street. Free. 314-669-9240.
With small-press expos and local producers on the rise in St. Louis, off-kilter alternatives to the mainstream were bound to pop up. A joint production by Mr. Ben, Chad Eivins and a collection of local artists, STL Zinefest offers up vendors whose works are subversive and experimental. 18andCounting leads the musical lineup, which features Cincinnati native Robert Inhuman of Realicide, who will be taking on a DJ role rather than his typical frontman duties. “Zine” may be in the name, but expect comics, paintings, experimental prints and a whole slew of other eclectic goods as well.