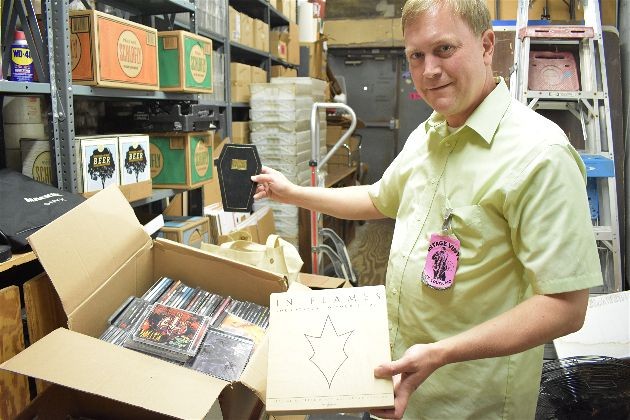 Matt Harnish has grown accustomed, in recent days, to asking himself a certain specific question as he works: "What the hell is this?"

The long-time employee at Vintage Vinyl (6610 Delmar Boulevard, University City; 314-721-4096) has been sorting through the record shop's latest haul, a massive collection of approximately 5,000 CDs, most of them of the heavy metal variety. Packed with rarities and special pressings, it's the largest lot Harnish has seen in all his years.

The huge collection came to the shop when a 47-year-old metalhead doctor from Kirksville passed away and his family, which has St. Louis ties, reached out. According to Harnish, purchasing the lot was a no-brainer.

"We had to have it, because yeah," he says. "When are we ever gonna see anything like this again?"

"When I found out that this belonged to a 47-year-old man," adds Vintage Vinyl owner Tom "Papa" Ray, "my first take was, 'He was single.'"

Already, Vintage Vinyl's metal CD section has expanded to three times its previous size — and that's just accounting for one-fifth of the late doctor's haul, Harnish says. The rest of the collection is in cardboard boxes in the back of the store, waiting to be sorted. Cradle of Filth, In Flames, Cathedral, Bolt Thrower, Behemoth, Anthrax, Neurosis, Mayhem, Judas Priest, Motorhead, Satyricon, Testament, Misfits, Carnage and Lawnmower Deth ... it's all there. There's a little bit of goth stuff as well (Bauhaus, Christian Death) in addition to some punk (Anti-Nowhere League, Ramones). But the overwhelming majority is metal. 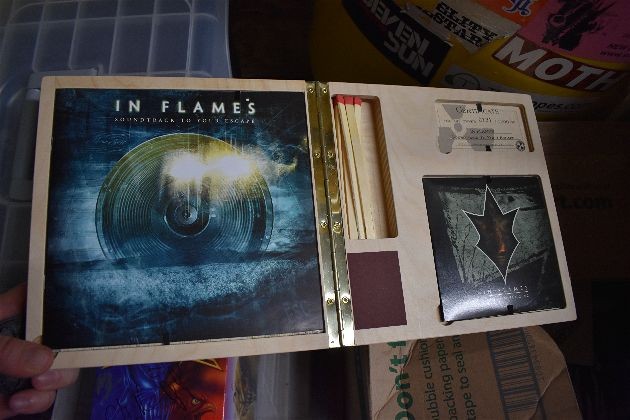 In a bonus for customers, a surprising number of these items are autographed. Harnish says they're not going to jack the prices up significantly for those pieces, instead making the signatures a little bonus for those who come into the store and pick them up.

"There's autographed stuff, but then there's a lot of ticket stubs packaged inside the cases," he says. "Or, like, for Crematory or somebody like that, he had his hand-written setlist for what they played at Milwaukee Metal Fest just tucked in the sleeve. So we're leaving all that stuff there; it's little surprise bonus stuff. We want to reward people for finding this crazy shit by having more crazy shit inside it."

Word has already been getting out. A man from California called the store in order to get his hands on a Samhain box set the store posted online, and local metalheads have been trickling in ever since Vintage Vinyl started posting about the cache on social media.

That stream of people is unlikely to dry up anytime soon.

"Everybody who comes in that looks at the metal section, we're like, 'Keep coming back; it's gonna keep coming out,'" Harnish says. "I'm thinking six weeks, two months, for us to finally get through all of it."