KDHX (88.1 FM) has operated as an independent radio station since 1987, and ​in its three decades has become a beacon of culture beloved by the people of St. Louis. But for all that history, information about the station ​can be difficult to find. It's spread out across the internet in news articles and video clips, ​leaving no one place ​that tells the full KDHX story.

Thomas Crone intends to change​ that.


A volunteer fill-in programmer with the station (and ​longtime contributor to Riverfront Times), Crone has recently launched an Indiegogo campaign, which as of this writing has reached $1,502 of its $10,000 goal, for an e-book that will delve into the rich history of St. Louis' favorite source of community radio.

"The idea is to do a 31-chapter book on KDHX, but it will live online," Crone says of the ambitious project. "It won't be a book that you would order on a Kindle; it would just be a hybrid website-slash-book with that many chapters in it. It would cover everything from the KDNA precursor radio station all the way through today."

The 31-chapter setup is a nod to the fact that the station is turning 31 years old this October. Crone says the endeavor would cover everything from DJs such as Bob Reuter​,​ who ​died at the height of his on-air popularity in a tragic accident​, to the buildings that have housed KDHX, to some of the bigger events like Midwest Mayhem, among many others.

Crone himself has hosted multiple shows over the years including Silver Tray, The Wire (renamed Topic A when a certain HBO series came along) and Friday Afternoon Show, which filled in briefly after Reuter's passing in 2013. He estimates he's been involved with the station in one way or another for thirteen or fourteen years.

"It's been something I've had as a touchstone for a lot of years of my adult life," he explains. "I did a show with a friend named Kurt in the early '90s and we only made it eight months before there was a big culling of shows. We were one of the shows that got cut. For a while I was a little bit angry about things, but in time I realized what a positive thing KDHX is."

Crone says that, while KDHX's current staff is aware of the project and has pledged to offer​ up​ their archives​, ​he'd maintain his independence as an author rather than publishing it under the station's official ​imprimatur. He's already found some gems: a magazine/program guide that the station​ published​ in the '70s called Fat Chance, a cache of videos from KDHX's old public-access division.

"People kind of forget that KDHX had the local-origination cable-access arm," Crone says. "People are offering up tapes of those, so I'd be looking at digitizing quite a bit of material, both text and video. And these are mostly video tapes from the '90s. Those are coming to me."

The web format, Crone reasons, will let him embed those archival videos in a way that print would not allow.

"If there's a chapter about live performance at the station, we can embed videos or just link like crazy," he says. "That wouldn't be doable in an ink publication."

Some of the people who were key to the station over the years, such as former executive director Beverly Hacker, have already reached out to be a part of the project. ​Author Amanda Doyle, who has written multiple books on St. Louis for Reedy Press including 100 Things to Do in St. Louis Before You Die, will also write some chapters.​ ​And Allison Wilson, who just left the station after a stint as chief engagement officer, ​has signed on to assist.

"She'll be doing proofreading, copy-editing, layout, all that," he says. "So I feel really good with her involvement too, because she's been working at the station for a couple years. She'll know the names and some stories."

For Crone and company, KDHX is a St. Louis institution — and one with more than enough history to warrant devoting their time.

"It's neat to see a thread of any station that can go back that far," he says. "I think KSHE is somewhat beloved not because of present programming but because it just has that history, right? And I think KDHX is kind of similar.

"It's that constant presence," he adds, "plus reinvention from time to time, that I think people enjoy a lot." 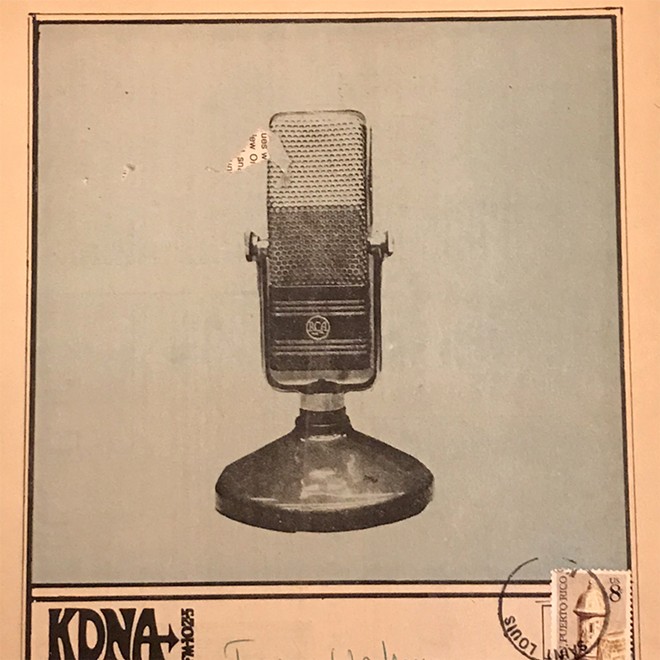