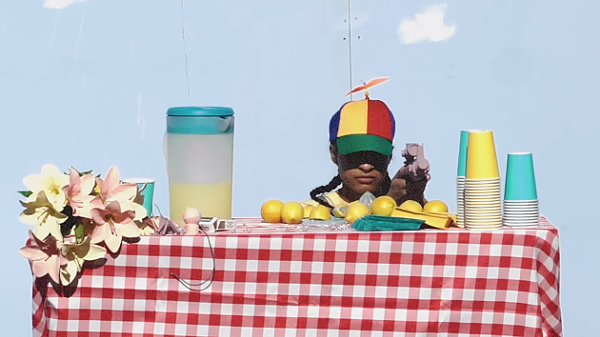 Pinkcaravan! brings something fresh to the St. Louis hip-hop scene, with adept lyricism and novel beats that rival fellow female emcees of similar caliber. Since the release of her debut four-song EP A Very Sad Happy Birthday last year, the rapper has been riding a mounting wave of popularity that’s garnered thousands of clicks and even seen one of her songs added to the season two soundtrack of Netflix's Dear White People, alongside big names like Tyler the Creator and Mayer Hawthorne. Produced by Namesake, Pinkcaravan! dives deep into innocence lost and coming to terms with getting older. Rhymes feel like they’re recited from a personal diary rather than sung — nonchalantly, almost effortlessly, as though mumbled in a group conversation you’re not meant to hear. But as you dig into those murmured lyrics, you'll catch yourself leaning in closer with the rest of the crowd.

Recommended If You Like: Missy Elliot, Noname, Childish Gambino, M.I.A.