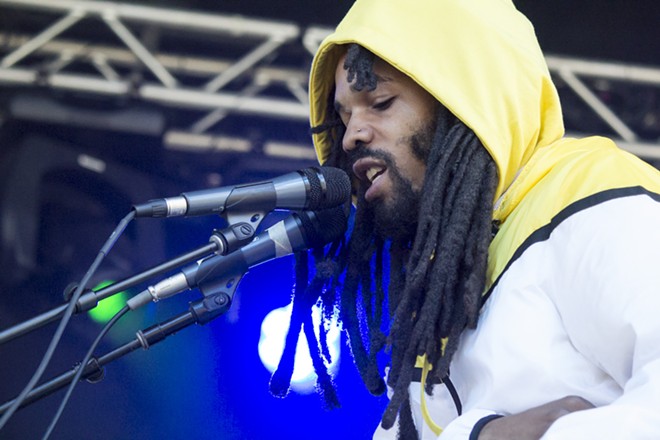 18andCounting is the moniker under which multidisciplinary artist Stan Chisholm creates his work — be it visual, sonic or otherwise. When it comes to Chisholm's original music (he also DJs), 18andCounting could be described generally as avant-garde hip-hop, but that label's probably vague enough to be virtually useless. More specifically, 18andCounting creates dark, brooding electronic atmospheres that exist on a spectrum from desolately sparse to suffocatingly dense. Over them, Chisholm rhymes cryptic verses with a delivery that's somewhere between MC Ride and Schoolboy Q. Live, 18andCounting is accompanied by TheOnlyEnsemble, comprising Sarah Vie on violin, Brennan England on slide didgeridoo, and both HAI Q and Patrick Boland on drums. Together, the group creates a sound more organic, but every bit as enigmatic and heavy as Chisholm's electronic compositions.

Recommended If You Like: Death Grips, Bjork, Lorn, Billy Woods