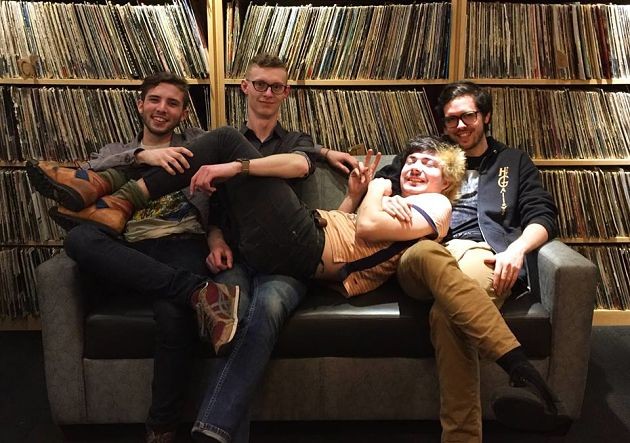 
Calling Jr. Clooney "math rock" isn't wrong. The label gives those unfamiliar with the band a pretty accurate idea of what it might sound like: pristine clean guitar lines deftly weaving their way through complex meter changes, the occasional burst of tight distortion highlighting a bit of crunchy dissonance. But oftentimes, the same characteristics that attract die-hard listeners of the genre — dazzling displays of technical prowess coupled with an aversion to sounds that strike the players as too conventional — come across to other listeners as overwrought and self-indulgent. Jr. Clooney manages to check the box on all the hallmarks of the genre without losing a more general accessibility. Instead of sounding like a brilliant mathematician hard at work on an elaborate formula, the band's music comes across more like a gifted child with a very active imagination — Jr. Clooney is cute, it's nerdy, and it probably has a bright future ahead of it.

Recommended If You Like: Toe, CHON, Minus the Bear, Pat Metheny Group