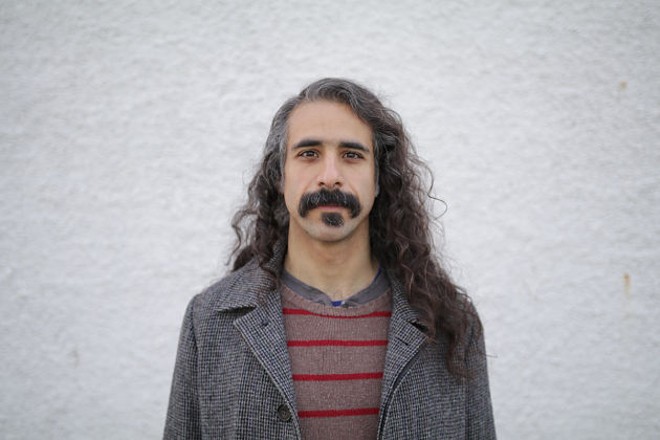 Brief Candles w/ Brilliant Beast, Seashine, Sunsulking
9 p.m. Foam Coffee and Beer, 3359 South Jefferson Avenue. $5. 314-772-2100.
Two decades is a long time for a band to stay under the radar, but Brief Candles is one such outfit that has floated in the undercurrent by design. This Milwaukee crew takes on shoegaze with no regard for past or current trends, and that might be precisely why the songs feel so distinct. Last year's Retreater offers ten uncut gems in a masterclass of songcraft rife with warm riffs and pointed percussion. The recording itself feels out of its time in the best way, with a natural kind of compression crunching down on the overall sound.

O.N.G. w/ NAAFI, Eric Dontè, deth_bb
8:30 p.m. Breakerspace, 4240 Duncan Avenue. $10. No phone.
This show has a lot of layers to peel back. For one, the venue isn't a typical show space — it's actually an art residency on the Cortex campus by the Fabricatorz Foundation, with direction from St. Louis' own Hayden Molinarolo, aka DETH_bb. The imported talent for the night comes by way of Mexico City via NAAFI, a collective of DJs that spin an equal mix of dance and experimental music, laying a solid bedrock for local rapper Eric Dontè and his self-proclaimed genre of "ghetto trance." The whole affair has the moniker of O.N.G., an acronym for “Only Nexy Generation,” which gives a rundown of what to expect in no uncertain terms.

Half-Halloween Full-Costume Party w/ Body Futures, Bruiser Queen, Babe Lords
9 p.m. The Heavy Anchor, 5226 Gravois Avenue. $7. 314-352-5226.
Throwing a second Halloween halfway between the last and the next is a gutsy move, but St. Louis has been feeling a lot like October this spring anyway, what with the lingering cold. Only true ghouls will come fully decked out for a fright night in April, but that's only part of the draw here. Milwaukee's Body Futures makes a synthetic blend of angular rock with a clean and polished approach to production. And the local lineup? A shortlist of rock favorites that could fill a dance hall of costumed freaks all on their own.

New Lingo EP Release Show w/ Ashland, Hardloss, Steeples, Man The Helm, Cold Rooms
6 p.m. The Firebird, 2706 Olive Street. $10 to $12. 314-535-0353.
New Lingo makes the kind of colossal rock that equally fits in at a big arena show or a side stage at Warped Tour (which the band has actually played). There's a lot to love in singer Joe Glenk's relentless approach to vocal leads, which sees him howling through poignant verses atop a propulsive punk core. The riffs here are tightly wound, and every single beat feels cut to perfection. Maybe the band feels a little too clean at times, but you can't fault a well-oiled machine for working right — especially when the songs have such universal appeal.

Yazan w/ L.S. XPRSS, Thee Oswalds
8 p.m. The Sinkhole, 7423 South Broadway. $5. 314-328-2309.
Exploding In Sound Records should at least be partly credited for the recent crop of copycat grunge bands that have popped up in the last few years. By exporting the likes of Pile, Ovlov and Kal Marks, the East Coast imprint has unwittingly inspired a glut of heavy indie rockers who incorporate noise and seedier sounds. Yazan, a New York native of Palestinian heritage, released Hahaha through the label last week, subverting expectations with his shape-shifting approach to classic rock. This is a sound that will be hard to imitate, much less duplicate.