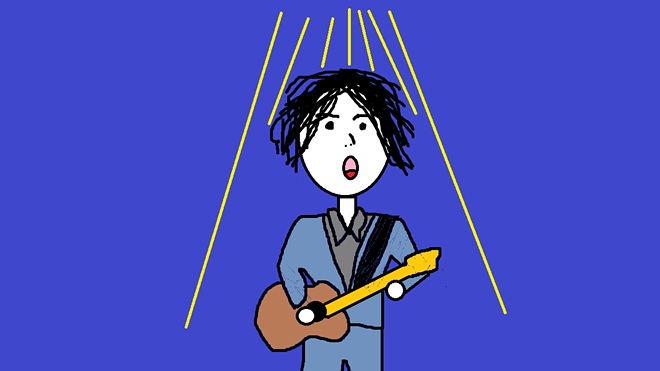 Jack White played the Chaifetz Arena last night... maybe. Well, that's what we heard, but there are were no photos or videos allowed at the show. And going by the rules of the world that we live in: pics or it didn't happen.

White is currently on a tour where he has "banned" the audience from using their cell phones during the show. This type of request would be completely unacceptable to modern humans if it came from a band like Arcade Fire, but when a genius like Jack White asks you to step away from your technology, audiences are just like "Well, shit. OK. I mean, he already made me buy all of these LPs, I might as well go full old-timey."

The cell phone ban is intended to help audiences connect with the music and remove the distraction of thousands of tiny glowing screens, but it prevents some people from attending at all. Like if your main boo is an on-call doctor, you'll probably not choose one of these concerts for date night.

Live music fan Shonda McDaniel didn't mind the process, though she says she was apprehensive about it at first. When audience members entered the building they were given a pouch that locks to keep their phones in. If they wanted to use their phones, they took them to a designated area to get the bag unlocked. They could hear their phones or feel them buzzing throughout the show, but not access the screens.

"As a mom I was anxious about an emergency happening with my son, but you could keep your phone turned on so that helped calm my worries," McDaniel says. "I really enjoyed it being phone-free show; it was refreshing to see people actually enjoy the show and each other and not be glued to their phone all night. I hope this becomes a regular thing."

Though the concert was undersold, all of the reviews we heard were positive. Last night word got around that just before he played "7 Nation Army," Jack White gave a shout-out to St. Louis' own Ryan Koenig. 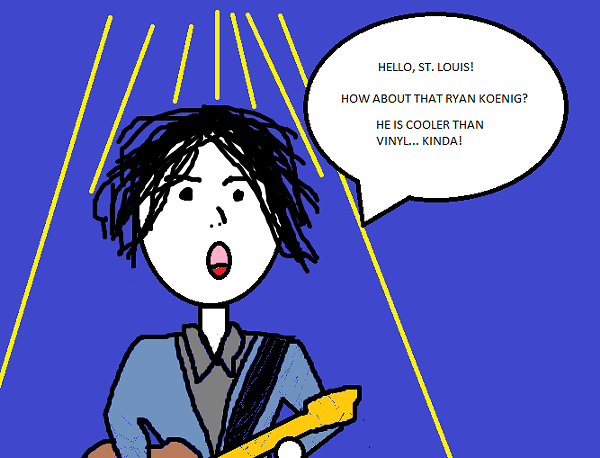 Koenig is a well-respected member of the south city music scene. (And one of this year's STL 77 honorees.) In addition to playing with the Rum Drum Ramblers and Jack Grelle, Koenig is a member of Pokey LaFarge's band and had toured with White in the past and guested on his album, Blunderbuss.

Koenig was seriously injured last December when he was struck by a car while on a sidewalk in Charleston, South Carolina. After doing some time in the hospital there, Koenig returned home and is recovering well.

Apparently, White wanted to show his love so he took a quick minute to say, "This one is dedicated to my friend Ryan Koenig."

We'd love to post a clip of this heartwarming gesture — and just to be clear, we do think it's heartwarming, and obviously we wish Koenig the best — but, you know, there isn't one.

[Editor's note: This post was edited after publication to reflect the fact that we wish Koenig the best.]