Attitudes, the Grove's Longest-Running LGBTQ Bar, Is for Sale 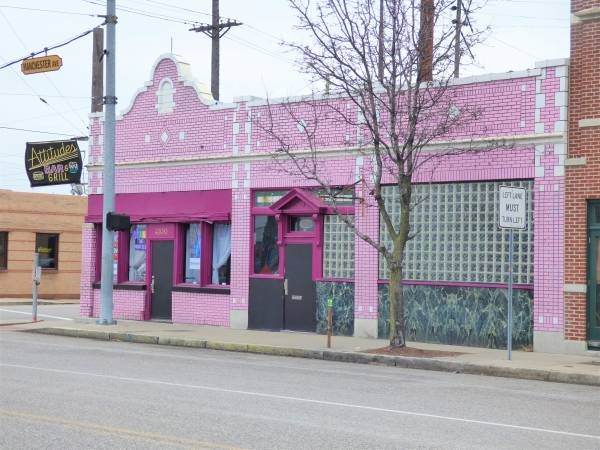 Thirty years ago, Jann Brigulio opened Attitudes (4100 Manchester Avenue), which would become the Grove's longest running LGBTQ bar and a nightlife icon even as the neighborhood around it saw huge changes. But after retiring to California three years ago, Brigulio is ready to pass on the reigns of ownership.

It won't be the first time she's tried to give up control.

In 2015 Brigulio decided to lease the bar, allowing Dan Stoner to run it. A year in, Stoner decided his experiment in bar management was over and announced via Facebook that he would be closing the bar. After learning of its imminent closing, Brigulio temporarily moved back to St. Louis to keep the place open.

Now she's making a new push to find a new owner. A recent ad on Craigslist set the price at $1.099 million.

Brigulio says she didn't seek out further publicity because she didn't want to worry her customers. In the bar business, a "for sale" sign can signify the end. That, she insists, is not the case for Attitudes; business is booming. Her reason for selling is that "we just want to retire."

Both Brigulio and her business partner are approaching their seventies. They have been key players in the Grove's rejuvenation over the last three decades as the nightclub gladly welcomed customers from all walks of life. "It's for everybody," Brigulio says.

Since Attitudes first came to the scene, the Grove has undergone a major transformation — first becoming a hub for LGBTQ nightlife, and now, in recent years, suffering a series of gay bar closures even as venues focused on beer, music and even comedy have taken their place. Real estate prices have soared, and several apartment complexes are being built along Manchester.

Brigulio says she supports the progress taking place and insists the expanding culture of the neighborhood isn't "fudging out" any regulars. "It's going to bring in business. It's a positive, not a negative," she says.

The positive side effects are evident in Attitudes' purchase price. According to the Vital Voice, the bar was listed at $825,000 in 2014, before Brigulio decided to lease it out instead.

But as the Grove continues to change, those who came to consider Attitudes their go-to place for a Saturday night out don't have to worry. Brigulio promises she is keeping an eye out for the right person. Attitudes, she says, is "doing just great."