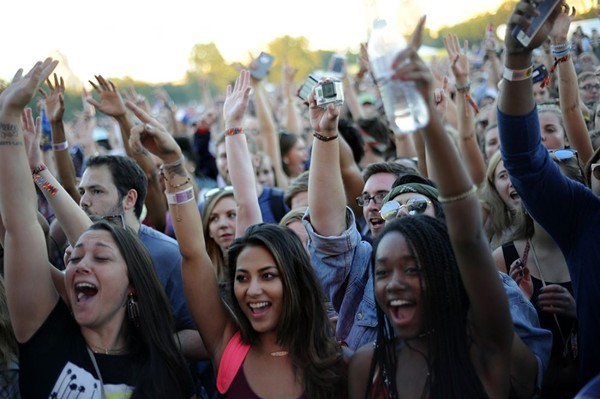 As part of the organizers' ongoing efforts to make the festival more locally focused, St. Louis breweries will be peddling their wares at this year's event. In the past, beer offerings were mostly relegated to the likes of Anheuser-Busch and Goose Island products.

"Being the best beer city in America, we wanted to highlight some of the local breweries and have them available to Loufest patrons,” says Mike Van Hee, managing partner of Listen Live Entertainment. "The feedback over the past few years has been overwhelming to include more local beers, and we are listening."

Through its dedicated Nosh Pit food court, LouFest has already long provided an avenue for local restaurants to sling their tasty offerings to hungry festival-goers. Now local brewers will be able to sling their suds as well.

Those options will be for sale throughout the festival grounds. In addition, Listen Live Entertainment is working with the St. Louis Brewers Guild to create a locally focused "beer experience," with draft options from local brewers and a beer garden.

In a statement, Troika Brodsky, executive director of the St. Louis Brewers Guild, says, “Despite being a world-class music festival with national acts, LouFest has never lost sight of its commitment to curating a truly St. Louis experience showcasing the best of our local culture. St. Louis has always been a beer city and we are thrilled for the opportunity to highlight beer from the Greater St. Louis area at LouFest this September."

Details as to which breweries will be involved have yet to be announced. For more information on all things LouFest 2018 (not including the lineup yet; have patience), visit the festival's official website.

Editor's note: We altered the headline after publication to better reflect the increased focus on craft beer. However, this year is not the first ever that local beer will be on offer. We regret the error.