The 5 Best Concerts in St. Louis This Weekend, April 6 to 8 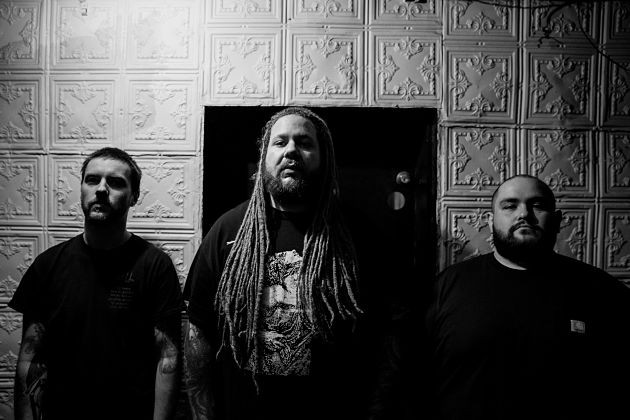 A Deer A Horse w/ Fragile Farm, Jr. Clooney
9:30 p.m. Foam Coffee and Beer, 3359 South Jefferson Avenue. $7. 314-772-2100.
New York noise-rock outfit A Deer A Horse paints gloom with broad strokes and a heavy hand. By stretching screeching riffs over tuneful beats rife with ghost notes, the trio makes an audible tension that plays on listeners' expectations. And it would all be for naught if not for Rebecca Satellite's commanding voice, which comes straight from the gut with an alt-rock girth. The band's St. Louis date lands right in the middle of a month-long trek from New York to the West Coast and back — expect a tour-hardened band in peak form.

Pale Waves w/ Inheaven
8 p.m. The Ready Room, 4195 Manchester Avenue. $13 to $15. 314-833-3929.
Pale Waves' video for "Heavenly" shows matriarch Heather Baron-Gracie strewn up as a puppet as she smoothly swerves and croons her way through the new single. Make no mistake, this is brightly-colored goth pop — if such a thing could exist — made in some underground lab in the UK. The members of Pale Waves are young androids raised to be extras for Tim Burton films who lost their way and were later found mainlining Myspace-era emo in some back alleyway of Manchester. Probably.

Primitive Man w/ Spectral Voice, Grand Inquisitor
8 p.m. Fubar, 3108 Locust Street. $15. 314-289-9050.
There are few band names as literal as Primitive Man. The Denver trio cites nihilism as its top asset, slinging a burnt offering of black metal with grim and guttural undertones. This is less sludge than it is molten rock, as the songs move in a slow, unyielding kind of current. Last year's Caustic can sound absolutely violent at times, driving home the darker-than-black aesthetic that allows Primitive Man to stand out even on Relapse Records, one of the most prolific purveyors of metal in America.

St. Louis Blues Festival
7 p.m. Chaifetz Arena, 1 South Compton Avenue. $55 to $78. 314-977-5000.
The "insert city name here" Blues Festival wouldn't be audacious in any other city, but in St. Louis the Blues are serious business. Chaifetz calls on the likes of Sir Charles Jones, Willie Clayton, Calvin Richardson, Bobby Rush, Latimore, Pokey Bear and Nellie "Tiger" Travis to offer a frills-free party with bluesmen (and women) who have made their own way throughout the last six decades. We're talking hundreds of years of combined experience in dancehalls, hometown bars and packed clubs between the players on this single show, not to mention multiple hall-of-famers. While not a single act is a native of St. Louis, artists from Chicago, Louisiana, even Canada and beyond will converge on the sacred ground that is the river city.

C. Spencer Yeh and Andrew Lampert
8 p.m. The Luminary, 2701 Cherokee Street. $10 to $20. 314-773-1533.
The Brooklyn-based C. Spencer Yeh offers acute sensory connections through a spectrum of visual works alongside sound art. Multidisciplinary by nature, he bridges digital with analog in multiple mediums, presenting nuanced collisions in real time. His alias, Burning Star Core, is an especially prolific platform for drone and ambient work that has seen constant output since its start in 1998. Also a resident of Brooklyn, St. Louis ex-pat Andrew Lampert will join Yeh to expand disparate paths of sight and sound on this joint presentation by New Music Circle and the Luminary.