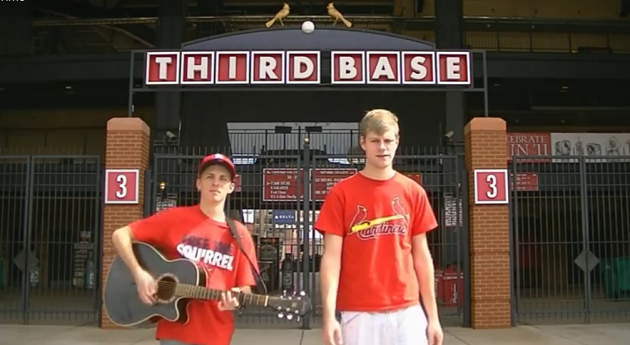 Baseball season is finally upon us, and you know what that means: A whole lot of Cardinals fans are going to write terrible songs and create cringe-worthy music videos in celebration of their favorite team.

It has been this way since time immemorial. The deluge always reaches its peak in the post-season, as would-be songwriters kick out their best rally jams to help inspire the team. Over the years we've repeatedly rounded up our favorites — which is to say, the most ridiculous and embarrassing ones we could find.

Now, it should be noted that our ribbing is meant to be good-natured — we understand that most of these songs and videos are made purely for fun, and by people who are hardly taking themselves seriously. But thanks to a new contest brought to you by the Cardinals organization itself, which is now actively encouraging fans to produce musical tributes to the team, that's all about to change.

“Few things go better together than music and baseball,” writes Ron Watermon, vice president of communications for the Cardinals. “This is an extraordinary opportunity for one of our fans to showcase their musical talent to our millions of fans, while also putting their mark on the Cardinals’ soundtrack.”

The rules of the "Cardinals Fan Music Contest" are pretty straightforward: Write a song about the Cardinals. It can be any genre of music, but it must be a wholly original work. (Parody songs, like this monstrously cringe-inducing Cardinals tribute sung to the tune of Taylor Swift's "We Are Never Ever Getting Back Together," will not be considered.) Songs must be less than five minutes long (sorry, baseball-loving prog-rock acts) and must be submitted here by Friday, June 22.

And to the victor go some serious spoils. The winning performer will be flown to Nashville to record their song at recording studio the Shoebox; a professional music video will be produced and shared by the team as well. 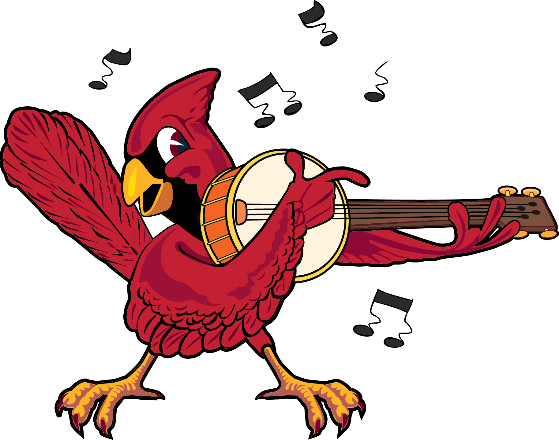 It is unclear if the Cardinals organization is fully prepared for the onslaught of hilariously bad music about to come its way, but the image of Fredbird plucking a bunch of broken notes on a banjo that was included with the press release hints that they may have some inkling.

For more information on the contest, head on over to this link.

Or just watch Akoostik Sessions — for our money, an absolute lock to win this competition — perform its 2012 hit "It's Playoff Time" below: