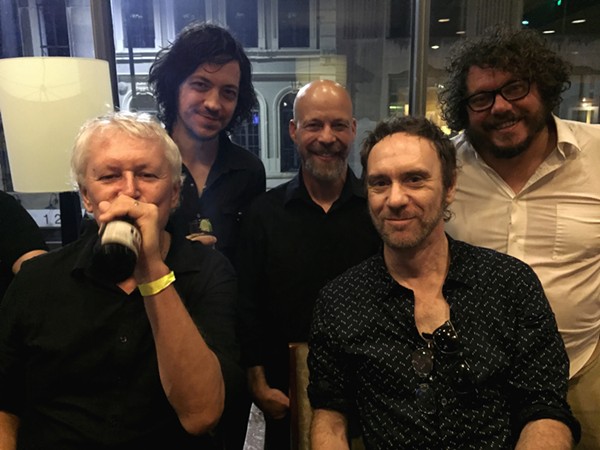 Are you a glass half empty or half full kind of person? The answer won't even matter when ShowcaseSTL hits the Grove neighborhood on Saturday, June 16 and Sunday, June 17. With more than 100 acts across two days and eight stages, all cups will run over.

You read right: the Riverfront Times' annual summer music festival has expanded to two full days. This event can be a total sensory overload, so we thought it best to stretch the fun over 48 hours. That's not to say we've skimped on the goods, though. For the fifth year in a row, we will continue to offer St. Louis' largest locally focused music festival with well over 100 performances.

We also think that quantity is best served with quality. ShowcaseSTL has traditionally been the ultimate intersection of local favorites and unsung heroes in St. Louis music — that much has not changed. This year, however, we are adding in a few special guests from outside of town.

Guided By Voices has, in no uncertain terms, helped define the genre of indie rock across 20+ years of recording and performing. With more than 2,000 songs across three decades, bandleader Robert Pollard might be one of the most prolific songwriters in America. Released only days ago on March 23, GBV's new record Space Gun caps off a successful year of touring and festival dates, including Coachella 2017.

Brooke Candy rounds out this year's lineup by toeing the line between pop and rap with an aggressive and sex-positive edge. As a featured performer at LA Pride 2017, she stunned with her raunchy rap. As you're reading this, she is gearing up to perform at the Dinah — the largest lesbian event in the world. And after two weeks of touring Europe in May, Brooke will descend on ShowcaseSTL on Sunday, June 17.

Here's the initial lineup for ShowcaseSTL 2018:

To musical acts and bands interested in performing at ShowcaseSTL this year: Stay tuned to the blog tomorrow for information on how to apply and submit your music for consideration for this year's event.