You expect to see certain people in cemeteries. The mourners. The lovers. The pranksters.

A guy with a big graphite pencil, however, is a bit more unusual.

But John Wegrzyn doesn't mind standing out when it means honoring long-gone music legends in his own way. For the last ten years, the Belleville resident has been documenting the final resting places of blues musicians around the country by tracing their engraved stone markers onto vintage album sleeves.

Now the public can get a taste of Wegrzyn's travels, thanks to a new exhibit at the National Blues Museum (615 Washington Avenue, 314-925-0016). "See That My Grave Is Kept Clean" showcases Wegrzyn's gravestone art for blues trailblazers Muddy Waters, Howlin' Wolf, Memphis Minnie and dozens more. Wegrzyn had previously shown his work at a small exhibit in the University City Public Library in 2015, but this is the first time many of his grave tallies will be on display.

"I don't think anyone else is doing this — at least on record sleeves," Wegrzyn tells Riverfront Times. 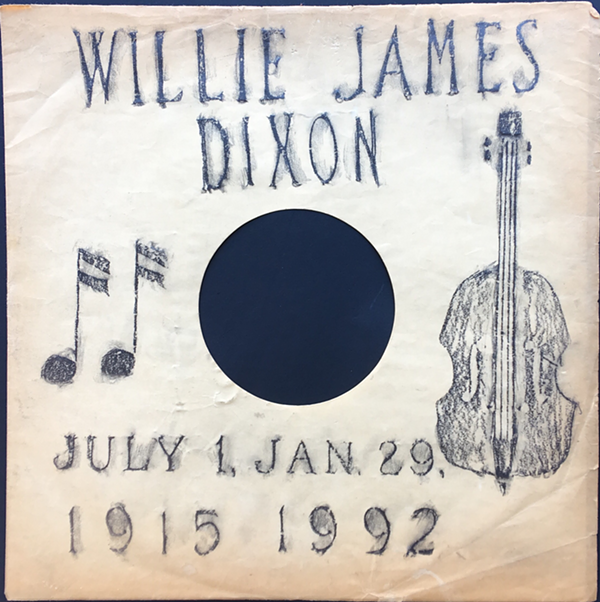 Wegrzyn covers influential musicians' headstones with thin record sleeves and rubs over the letters and designs with graphite. But what today is art was simply a matter of convenience a decade ago, when he found himself grave hunting in Kansas City without any paper for transfers.

"I'm always going to record stores and thrift stores. So I pulled over my truck to see what I had to use, and pulled out one of my records and its record sleeve. I go, 'Uh oh, wow! That's a great idea, doing these on records!'" Wegrzyn says. "Had I had some paper with me that day, I probably would never have thought to do it on records."

Wegrzyn began traveling to musicians' graves in 1992 after talking with friend who had transferred Doors singer Jim Morrison's Paris grave to parchment and later becoming inspired by the documentary Deep Blues: A Musical Pilgrimage to the Crossroads. Immersing himself in a blues festival in Clarksdale, Mississippi, Wegrzyn then took a detour that would lead to the hobby of a lifetime.

"I was talking to this other guy who was a blues writer, and he needed a ride back to Memphis. I said, 'Why don't you just come with me, because I'm heading that way anyway,'" Wegrzyn explains. "Then I said, 'Hey, would you want to visit Fred McDowell's grave in Como, Mississippi?'"


The duo excitedly set out to find Mississippi Fred's plot, but didn't have much to go on in those pre-Google Maps days. After finding a cemetery but no grave, Wegrzyn talked to a groundskeeper who offered to take them directly to the site.

"These backroads of Mississippi, some of them weren't even paved at that point. But he took us a good six or seven miles outside of town, and we went up this little hill and there was Fred's grave," Wegrzyn remembers. "Later I learned that his gravesite was paid for by Bonnie Raitt. My first experience going to a gravesite turned out to be such a cool adventure that I kept going."

Since then, Wegrzyn has planned grave excursions around his travels for work and family vacations, hitting Kentucky, Florida, Washington and more. "We saw Paul McCartney in Tulsa, Oklahoma, and I was like, 'Well, who's buried there?" Wegrzyn laughs. He's even roped a nephew into nabbing transfers of John Lee Hooker and Stevie Ray Vaughan's graves when he couldn't be there himself.

"When he was in the seventh grade, I gave him the instructions, and he did a really nice job on them," Wegrzyn says. "It's probably a nuisance to him, but he gets a kick out of it. He saw the last exhibit and thought it was really cool."

In "See That My Grave Is Kept Clean" at the National Blues Museum, Wegrzyn groups each grave rubbing with a corresponding album and a Rolodex card from the 1970s that shares information and anecdotes. 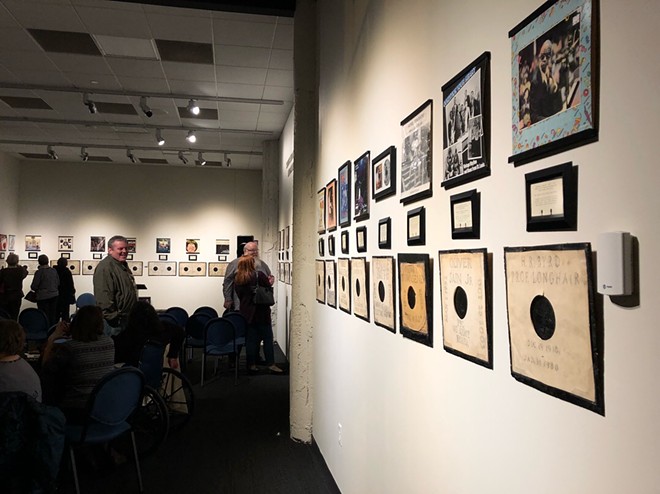 "I knew in my mind what I wanted it to look like. The day I set it up, within minutes I looked around and said, 'Yep, this is what I imagined a year and a half ago,'" Wegrzyn says. "It really was a nice feeling to get it all done exactly how I wanted."

Though it's been twenty years, Wegrzyn isn't finished chronicling the graves of musicians just yet, no matter if they're known for the blues, rock or country. He still intends to capture the graves of Louis Armstrong, Buddy Holly, Miles Davis, the Ramones and more.

"My quantity right now is at about 100. I figured I'd go to about 300 and maybe put a book together or something," Wegrzyn says. "We'll see."

"See That My Grave Is Kept Clean" is on display at the National Blues Museum, 615 Washington Avenue, through May 19. nationalbluesmuseum.org