The 5 Best Concerts in St. Louis This Weekend, March 9 to 11 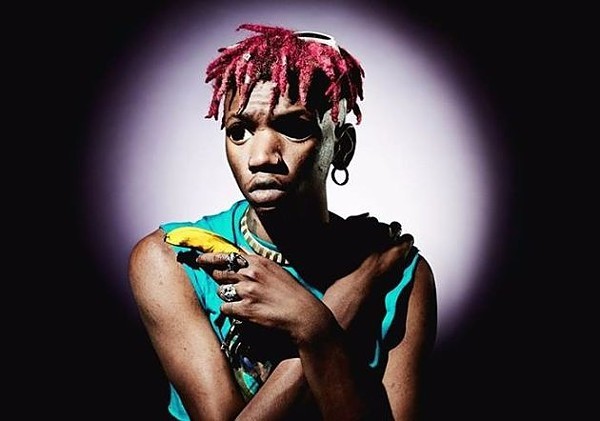 Huht at El Lenador w/ Lord Soul
9 p.m. El Leñador Bar & Grill, 3124 Cherokee Street. $5. 314-875-9955.
The father/son duo of “Q” and Ian Quattrocchi make up two-thirds of the eclectic trio Huht. Far from the confines of a jam band, Huht leans on the hypnotic repetition of kraut rock while injecting prog-elements with the relative whimsy of a weathered jazz outfit. Songs here are less structured than most, yet avoid the risky venture of full-on improv. With a DNA makeup that includes members from 18andCounting & TheOnlyEnsemble and resident King Crimson tribute Thrak, Huht reaches across the aisle with a strong tendency to shred.

Desert Dwellers w/ Alexis Tucci, David Starfire
8 p.m. 2720 Cherokee Performing Arts Center, 2720 Cherokee Street. $5. 314-276-2700.
Led in part by Treavor Moontribe of LA's Moontribe Collective — the psy-trance purveyor of the '90s — the Desert Dwellers opt for a more meditative realm of beat-based ambiance. To wit, its chief export is World music that seems laser-focused on the Yoga community, but for all its aural exploration, the group still keeps a palpable pulse. Futurist hippie-chic meets pseudo-science for a philosophic middle-ground that begets a kaleidoscope of sound.

Eric Dontè w/ DJ Hood Bunny
9 p.m. El Leñador Bar & Grill, 3124 Cherokee Street. $5. 314-875-9955.
With his beaming presence, Eric Dontè could be the cult leader of a vampirical squad of teddy bear-toting hardasses. Off stage he sports a humble veneer atop an unending drive for success, but on stage he quickly morphs into equal parts Michael Jackson and Marilyn Manson. The Fadda Vampire's beats come with bat wings, propelling his rhymes with an air of gothic flair. Not that his act is all smoke & mirrors — Dontè arrived on the scene with legitimate bars, as can be heard on 2016's God Don't Like Ugly. This birthday show has been teased as a possible impromptu shoot for a music video, and if history is any indication, nothing is off-limits at an Eric Dontè party.

Post Animal w/ Pono AM, Town Criers
7:30 p.m. Foam Coffee and Beer, 3359 South Jefferson Avenue. $12 to $14. 314-772-2100.
To listen to Post Animal's pop-sensible psych rock is to candidly peek into a messy Chicago basement where five dudes binge on pizza and beer between long bouts of jam-banding. This is music made by childhood friends for whom any success is secondary to having a good time, but that's not to say the songs lack skill or artistry. The lackadaisical vibe is more of a welcome mat to an ear that's keen to do more digging. The band will soon share its many layers in physical form with the release of When I Think Of You In A Castle, set to come out through Polyvinyl on the very appropriate date of April 20.

Ty Dolla $ign
8 p.m. The Ready Room, 4195 Manchester Avenue. $29.50 to $35. 314-833-3929.
Posters for Ty Dolla $ign's “Don't Judge Me” tour invoke a courtroom aesthetic, yet the double meaning here is lost on no one. Ty might rub shoulders with Wiz Khalifa, Migos and the like, but he opts for the role of singer over rapper, picking up influence from Prince and Kim Burrell. And that added layer of the multi-instrumentalist's talent paints a picture of a virtuoso whose stock has only risen since dropping “Toot It and Boot It” way back in 2010 with YG.