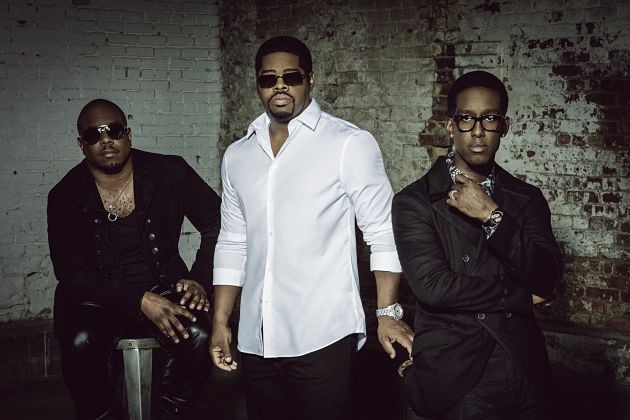 Locals should expect a dramatic surge in St. Louis' population come March 2019, some nine months after the newly announced Boyz II Men concert with the St. Louis Symphony Orchestra on May 31.

The show is part of the Live at Powell Hall series, which this year also includes a tribute to George Michael and dives into the music of Pink Floyd and Elton John. Those shows will all be top-notch, to be sure, but are unlikely to cause the storm of carnal desire implicit in an SLSO/Boyz II Men pairing.

Let's look at the facts: Boyz II Men has been creating baby-making music for more than three decades now, surely helping to spawn hundreds of millions of children in the process. The group's hits are so powerful, in fact, that Russian leader Vladimir Putin once brought Boyz II Men to his country as part of an effort to boost its birth rate. (Yes, seriously.)

Furthermore, symphonic music has its own aphrodisiacal properties — at least if we are to believe Ben Folds. In an interview with RFT in 2014 in advance of his own performance with the Symphony, the renowned singer/songwriter was blunt on the matter: "People, this will get you laid," he said.

"It's the best place to take anyone on a date. It's perfect," Folds insisted. "It's not loud as shit, you're not talking over each other, you're seated and you can make a move under the program sheet."

See also: Sex and the Symphony: Ben Folds Explains Why Orchestral Music is the Best Aphrodisiac

The Boyz II Men collab is slated to take place just a few weeks after longtime SLSO conductor David Robertson's last performance with the group — the end of the road, if you will — and will be handled by a conductor who has yet to be announced. Even though Robertson's departure was met by many who, on bended knee, said, "Please don't go," the accomplished conductor is moving on after leading the group all around the world and consistently keeping audiences vibin'. It's so hard to say goodbye to yesterday, sure, but even without Robertson, the Symphony's performance with Boyz II Men will make it oh so easy for your partner to say, "I'll make love to you."

Uhh ahh, watch the video for Boyz II Men's breakout hit "Motownphilly" below — we couldn't figure out how to work that one into a sentence organically: