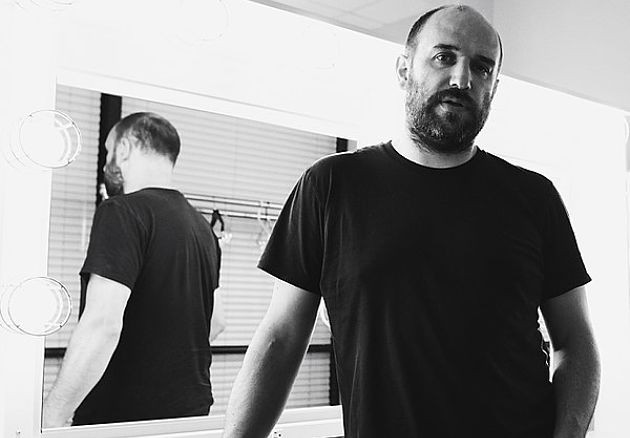 Like any longtime fan of pop music, David Bazan has experienced falling out of love with songs and bands that used to totally light his fire. Granted, some music ages poorly, but he’s mostly talking about how personal tastes shift over the years.

“You know how you change and mature,” he muses, “and you’re like ‘Yeah, that’s still cool, but now I have expanded view,’ or whatever? And you can kind of see the way you used to view something?”

Bazan, 42, says that hasn’t happened for him yet with the Beatles, the first secular music he identified with as an early teenager: “I think I’m still in that original awe of the Beatles. I still have that basic, childlike wonder when I listen to them. It’s astonishing.”

Bazan is the brains behind Pedro the Lion, an indie-rock band band he formed in 1995. Lately, he’s been holed up in his studio in Seattle, writing and recording the band’s much-anticipated new album and gearing up for their first tour since 2005.

But all of that isn’t really on his mind today. Speaking with Riverfront Times ahead of Pedro the Lion’s show at Old Rock House on February 8, he can’t help gushing like a fanboy about the Fab Four and their enormous influence on his life’s work.

As a multi-instrumentalist, Bazan’s musical journey began on the drums, which he played in a worship band during his freshman year of high school in Paradise, California. His youth pastor/band leader taught him how to play a couple of simple guitar chords on a whim, and around the same time his sister brought home a book of easy-to-play piano songs and he learned the Beatles' “All You Need Is Love."

“I don’t think I realized until this moment what a huge factor learning that song was,” Bazan says. “Up until the late 1990s, my entire chord vocabulary was based on that book.”

In tenth grade, after his family moved to Seattle, he started playing guitar more often in order to lead Sunday school classes in singalongs, which proved a pivotal juncture.

“I pretty quickly understood that little folk and pop songs are a powerful device,” he says. “The three-to-five-minute format is just such a powerful force, so I think I just got hooked on that.”

Bazan played nearly every instrument on the band’s early recordings, but over time he found joy in playing with other people, eventually collaborating with longtime bandmate Timothy Walsh to write songs.

Pedro the Lion is perhaps best known for its downtempo, sad-bastard songs for barrooms and concept albums such as Winners Never Quit (2000) and Control (2002), which tackled macro-issues like American consumerism and religion, and more personal stuff like modern marriage. Over the years, as a singer-songwriter, Bazan has sharply skewered Bible-thumpers specifically, delivering lyrical gems like this off 2004 track "Foregone Conclusions": "You were too busy steering the conversation toward the Lord/ To hear the voice of the spirit begging you to shut the f—k up.”

The band split amicably in 2006 and went their separate ways. Bazan had been playing mostly as a solo musician since the last Pedro the Lion show in 2005, though he occasionally assembled session players to fill out the live sound. Last year, he decided he’d had enough of gigging alone.

“Playing solo can be really fun, and I found an energy there,” he says. “Really, you’re playing with the audience — that’s the energy you’re playing off of and responding to, and that back-and-forth can be really special. But on a musical level, I love when different parts fit together and lock in. I just needed to be in a band again, but shortly after I made that move, I realized, ‘Oh, right — this is Pedro again.’”

Having come full circle, Bazan announced in October that Pedro the Lion was reforming for a run of shows. As for that new album, he’s set up drums, guitar and bass in his studio to work out the arrangements for a handful of songs. He’ll present the arrangements to his bandmates and allow the songs to evolve over the course of several rehearsals, then record them all together. He anticipates a release sometime late this year or early next.

And lately, he’s been drawing inspiration from an old, familiar source. He’s been listening to the remastered version of Sgt. Pepper’s Lonely Hearts Club Band, specifically fawning over Paul McCartney’s bass guitar work on songs such as “Getting Better All The Time.”

“It’s so good it takes my breath away,” he says. “Paul didn’t really have shit to say like, ever, but he’s musically unparalleled. Like, it makes me crash my car, it’s so good.”