Tu Tien Tran, Who Made Upstairs Lounge an Underground Hub, Has Died

News of Tran's passing has been circulating on Facebook since early this morning. No details as to the cause or circumstances are currently available.

Called by some "the Godfather of St. Louis EDM," Tran was best-known in the South Grand community for creating the Upstairs Lounge and making it a place welcoming to musicians and music fans who felt they had no other place to go.

"Now, you look around and see so many different music scenes, but when he was in his teens and early twenties back in the '90s, places didn't exist," says Rachel Witt, executive director of the South Grand Community Improvement District. "He felt like he needed to do something to change that. He was one of the pioneers who provided a place for people who were interested in underground music to go to."

Tran was the son of Tai and Chi Kim Tran, Vietnamese immigrants and owners of the South Grand mainstay Mekong Restaurant. His sister, Bay Tran, later opened Tree House, which has earned acclaim for its vegetarian dishes.

An avid music lover, Tran took over Mekong's upstairs space, naming it the Upstairs Lounge and turning it into a small club and bar. More than just a venue, however, the Upstairs was a platform for musical self-expression and a place for up-and-comers and young artists to explore their craft in a welcoming and inclusive environment. It frequently played host to underground events, allowing EDM to continue to flourish in the city.

Tran held court over the Upstairs Lounge for more than two decades. He is remembered for not just for his contributions to the St. Louis music scene but for his willingness to open up his business, and even home, to anyone who needed a place to go

Alexis Tucci, an event producer, promoter and DJ, recalls Tran's influence on the city's music community. "He provided the first opportunities for so many people and he never said no to anybody," Tucci says. "His biggest contribution was that he passed no judgment on people's musical preferences or their lives."

She continues, "He never encouraged mainstream, and he never told anyone to play something outside of their personal interests. You were always welcome to be who you were in that space."

"What I loved most about him was his passion and his energy for the community," says Witt. "He was so filled with life and possibilities. He was the biggest dreamer. We need people like that." 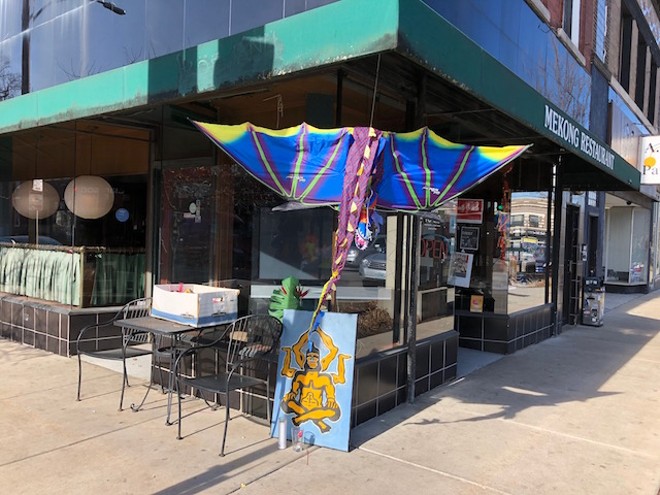