The 10 Best Concerts in St. Louis this New Year's Weekend 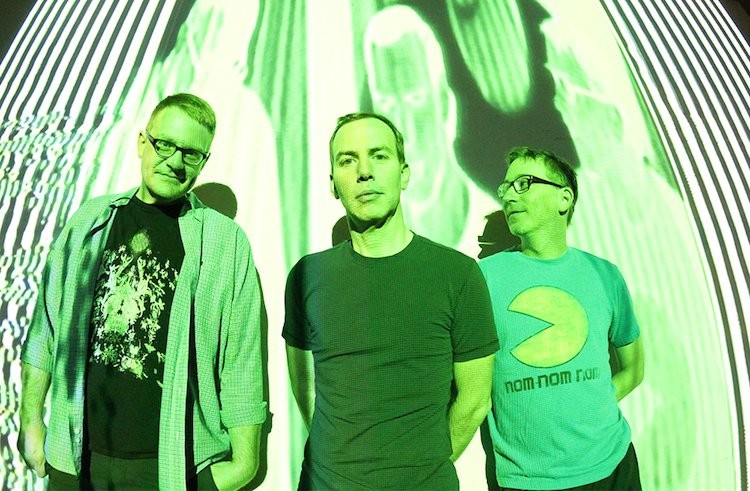 While a nation-wide deep freeze might ease the hijinks of New Year's Eve, those wanting to avoid amateur hour altogether have other options to cap off the year, with a full weekend of parties. 2017 was record-breaking in all the wrong ways, so consider the next three days a celebration of the good times to come.

Sunday night does make up the bulk of this list, but Friday and Saturday both offer essential shows that should help ring in the new year.

Lil Wayne and Migos
7 p.m. Chaifetz Arena, 1 South Compton Avenue. $70-$200. 314-977-5000.
By Daniel Hill
Two titans of the rap world will converge on St. Louis this Friday for ResoLOUtion 2017 at the Chaifetz Arena. Lil Wayne, now a decade or so removed from the absolutely dizzying heights of his career peak, has retained his smart, free-association style of lyricism as well as his inimitable ten-blunts-a-day vocal delivery, even as his output has stalled thanks to ongoing litigation with his longtime label, Cash Money Records. Still, Wayne insists the long-delayed Tha Carter V will one day see the light of day, and meanwhile he has a deep back catalog of hits to pull from. Migos, meanwhile, is in the midst of a seemingly endless upward trajectory. The trio of rappers Quavo, Offset and Takeoff scored a humongous hit with January's "Bad and Boujee," which has proven inescapable on commercial radio as the year has worn on and which was even dubbed by Donald Glover — Lando Calrissian himself — "the best song ever." With even the Force on Migos' side it is conceivable the members of group will one day be as pop-icon huge as 2008 Lil Wayne was.

Reverend Peyton's Big Damn Band
8 p.m. Off Broadway, 3509 Lemp Avenue. $14-$17. 314-773-3363.
By Roy Kasten
Contrary to what a random sample of Pitchfork stringers believe, there’s nothing wrong with respect, even reverence, for musical traditions. In fact, you can’t transform a tradition without loving it first. Hailing from the Southern wilderness of Indiana, Reverend Peyton has absorbed all manner of stomping, moaning, juke-joint traditions. But in his big, burly embrace, the moonshine blues become an antidote to stuffy studiousness and abject primitivism for primitivism’s sake. He’s also a razor-lethal musician; whether tackling the eternal “Stagger Lee” or leaping from all the branches of hillbilly guitar styles on “Flying Squirrels,” the good Reverend is always bad to the deep blues bone.

Split Lip Rayfield w/ Clusterpluck
9 p.m. Old Rock House, 1200 South 7th Street. $20. 314-588-0505
After two decades of digging out its own path, Split Lip Rayfield has left little more than rubble in the wake of country do-gooders. The band has dodged definition, grinding out what looks like bluegrass and listens like heavy rock — a heady concept given a fresh coat of paint on 2017's On My Way. That its songs stand on their own all naked and bare without the dressing of distortion or the heavy sheen of cymbals shows just how wily and witty this cowpunk crew still is twenty years on.

Yowie w/ Skin Tags, Jr. Clooney
8 p.m. Foam Coffee & Beer, 3359 Jefferson Avenue. $7. 314-772-2100.
To call Yowie a math rock band would discount the elements of funk, classical and metal the trio melts down to alchemize its complex and utterly singular approach to songs. Yowie spent roughly five years forming the innards of 2017's Synchromysticism, an album that has garnered waves of accolades since its release back in April. This show will be the last for both guitarists — Jeremiah Wonsewitz and Chris Trull — while drummer and founding member Defenestrator (an alias, of course) enters 2018 with designs on a "new" Yowie.
This night will be concertgoers' last chance to see a lineup that has been called, without hyperbole, truly groundbreaking.

Afro Sexy Cool NYE w/ James Biko, DJ Nico, Blvck Spvde
9 p.m. The Ready Room, 4195 Manchester Avenue. $15-$20. 314-833-3929.
Whether it's with his clothing brand All Props Deserved or through his music collective the Soulition, KDHX DJ James Biko works year round as a megalith of St. Louis sound and style. With Afro Sexy Cool, Biko blends Black fashion, music, art and culture into a sleek party that points to everything Afro-centric. He describes Afro Sexy Cool as an event that "exudes the spirit of an underground dance party in Ghana and the sweaty dancehall basements of Cuba while musically connecting the dots of the African diaspora."

Black Label Society w/ Corrosion of Conformity, Eyehategod
8 p.m. Pop's Nightclub, 401 Monsanto Avenue. $42-$45. 618-274-6720.
By dropping Grimmest Hits this coming January, Black Label Society did a kindness to its fellow metal bands by not making a clean sweep of top ten lists at the tail end of 2017. Accolades aside, Zakk Wylde and company are clearly a humble bunch as they openly welcome fans to pick out songs for their current tour through Set The Set. As if that wasn't enough of a gift, check out this recent video of Wylde reading 'Twas the Night Before Christmas and totally smash whatever was left of the holiday spirit.

Good Vibes NYE w/ Aaron Kamm and the One Drops, Surco, Kullus Orchestra, Mathias & The Pirates, Crate2Crate Sound System, Quasar Camp, Nick Fozzy, Nick Fareel of Break Night
8 p.m. 2720 Cherokee Street. $25-$30. 314-276-2700.
On this night eight acts will take on every inch of 2720's multi-level compound with two stages, pool tables and a full-sized arcade. Irie vibes leak into local hip-hop, jam bands and several shades of dance music with Aaron Kamm and the One Drops at the fore. A nacho bar with both meat and vegetarian options will be on hand for concertgoers to carb up with a supply of booze by 4 Hands and Wellbeing Brewing to help wash it down. Whether you plan on hitting the show early or want to roll in well beyond the stroke of midnight, Good Vibes NYE is safe bet.

Hands and Feet w/ Traveling Sound Machine, The Mercs
9:30 p.m. CBGB, 3163 South Grand Boulevard. Free.
As Hands and Feet, Stephen Favazza appears as an eight-armed demi-god of electro-acoustic madness, stacking layers of dense melodies to shape effectual songs. The Mercs definitely top the list of underrated rock bands in south city, delivering the kind of diesel-powered riffs that catch fire and stay burning at a steady pace. Gluing this gig together is the seven-strong Traveling Sound Machine, an atmospheric indie rock juggernaut that seems to freeze time by building audible set pieces. To our knowledge this is one of St. Louis' only free events on New Year's Eve with actual live music, but it's firmly for the 21 and up crowd.

My Posse In Effect: A Tribute to The Beastie Boys w/ Looprat, DJ Mahf
9 p.m. Delmar Hall, 6133 Delmar Boulevard. $20-$25. 314-726-6161.
30 years later, this night will try to emulate MTV's Rock 'N Roll Ball from New Year's Eve 1987 in all its grainy glory. And there's nothing wrong with looking through rose-tinted glasses while huffing the steady fumes of nostalgia, especially on New Year's Eve. It's safe to say that My Posse In Effect, St. Louis' resident Beastie Boys tribute, forgoes the clone treatment found in other cover bands to deliver a hard-hitting set that's backed by the rip of live instruments. DJ Mahf helps weave drums, guitars and a stage full of voices into a pitch-perfect presentation that does for the Beastie Boys what El Monstero does for Pink Floyd.

New Year’s Eve Michael Jackson Dance Party w/ Sean Canan’s Voodoo Players
9 p.m. Off Broadway, 3509 Lemp Avenue. $15-$20. 314-498-6989.
Within a month's time, the Voodoo Players will have covered the catalogs of Eric Clapton, Neil Young, Jerry Garcia and, as is the case here, Michael Jackson. Count on the talents of at least 8 of St. Louis' finest on this night to deliver a Moonwalking tribute to the King of Pop all wrapped in the advent of a new year. Alexis Tucci, resident disco queen and the brains behind Nightchaser, brings the show together with a distinct stage design and her signature DJ set.