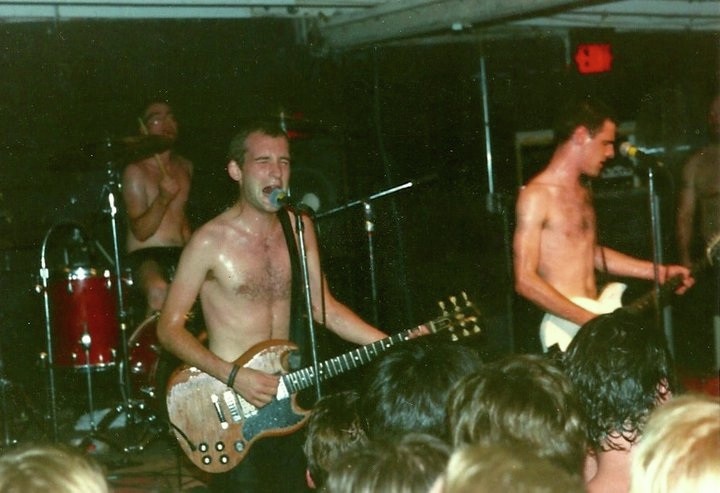 If you've never considered that a graffiti-covered shack in the middle of a cornfield miles from civilization could be the stuff of rock & roll legend, it's time you learned a thing or two about the DIY ethos.

When hardcore punk was sweeping through the American underground scene in the early 1980s, venues willing to book punk bands were thin on the ground. American Legion outposts, VFWs, backyard parties and broken-down park gazebos were the norm. Run-down basements were as likely — perhaps more so — to host shows as actual legit venues. Times were tough for young punks.

And then, way out in a cornfield outside Lawrence, Kansas, the Outhouse appeared.

A grim cinderblock building with no stage, no bar and nothing to break, the Outhouse became legendary among touring bands for its wild crowds and its remote, slightly menacing location. Gwar, D.R.I., the Melvins — the greatest of the greats played the Outhouse, as did locals (Paw, the Micronotz) and up-and-comers, such as our town's own Ultraman.

Just as an example of the surreal scene, check out the video below of the members of Ultraman shooting fireworks in a field outside the space with the members of legendary hardcore band Slapshot:


But by the late '90s the neighboring farms and local police had had enough of this behavior, and the Outhouse shut down. Brad Norman documents the rise and fall of the legendary club in The Outhouse The Film: 1985-1997. Using contemporary interviews with the bands that played there (everybody from Fugazi's Ian MacKaye to Ultraman's Tim Jamison shows up), the promoters and the punks who called it home, Norman captures the joy and freedom that came from music.

The Outhouse The Film screens at 8 p.m. Wednesday at the Schlafly Bottleworks (7260 Southwest Avenue, Maplewood; www.webster.edu/film-series). Tickets are $5.

Watch the trailer for the film below: