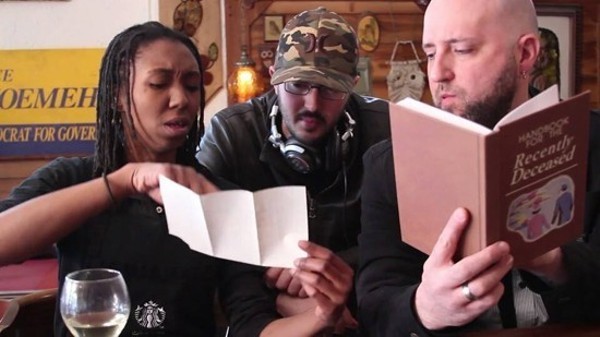 LouFest is this weekend! St. Louis' largest musical festival will once again overwhelm Forest Park, bringing big-name headliners and food and fun all Saturday and Sunday.

You can read all about those headliners, and more, in this round-up of sixteen can't-miss LouFest acts we published this week.

This post, meanwhile is about the locals. You should absolutely go see the locals — it is "Lou"Fest, after all — but that name alone isn't the only reason. The quality and caliber of the acts on this year's lineup are staggering; of the six local acts on the bill, five were named as recipients of our STL 77 music awards in June. The other, Starwolf, only has two prior shows under its belt, but still somehow made it onto the biggest festival in town (read all about how that went down here).

As such, we already have a pile of words written about each of them. Read below to learn why each of these homegrown acts demands your attention, then come early and give it to them.

Mathias & the Pirates
11:15 a.m. Saturday @ Enterprise Rent-A-Car Stage
Out on the sea, with a singular shared goal and limited resources, a ship’s crew becomes family; each member syncs up to swing the oars, raise the sails, stoke the coals. So it goes with Mathias and the Pirates, whose members expertly build beats, grooves and lyrics into songs that can withstand any wave. Music scene veterans DJ LB and Grover Stewart lay down the sonic foundation along with a rotating circle of guests, while Mathias James and Ms. Vizion trade lyrics and harmonies in a rhythmic cadence that will leave you shouting “ahoy!” With equal parts funk, soul and pop, the Pirates’ version of hip-hop gives every listener something to enjoy. Batten down the hatches, because we’re going sailing.

Recommended if you like: Common, De La Soul, Digable Planets, the Roots

Mvstermind
12 p.m. Saturday @ Bud Light Stage
These days, Muhammad Austin, a.k.a. Mvstermind, may well be among St. Louis’ most visible artists on the national level, both in and out of the hip-hop scene. Following appearances at festivals including A3C, SXSW and MCA Day alongside the likes of G-Eazy, Ab-Soul, Oddisee, Travis Scott and Chance the Rapper — not to mention getting the video for his single “Mali Moolah” in rotation on MTV, BET and Fuse — you’d be hard-pressed to come up with a St. Louis artist commanding more attention across the country. While impressive, that steadily increasing notoriety isn’t especially surprising if you’ve heard Mvstermind’s one-of-a-kind production style and thoughtful, probing lyrics.

Starwolf
4 p.m. Saturday @ BMI-Tunespeak Stage
For most of the bands performing at LouFest this weekend, the road to the festival's stage was a long one. Years of touring, dozens of shows, and at least a couple of full-length releases usually precede a given act's appearance at an event of its size. Not so for local trio Starwolf — comprising vocalist/bassist Chris Rhein, guitarist/keyboardist Max Sauer and drummer Tim Moore. Despite having released just two singles and performing live only twice since the group's formation in early 2016, the group has managed to score a coveted 4 pm Saturday slot on Loufest's BMI/Tunespeak stage. There, the trio will play to a festival crowd likely to exceed 25,000 (though they'll be competing with better-known act ZZ Ward for the audience's attention). If you've ever wanted the cred that goes along with "seeing them before they were famous," now's your chance.

Recommended if you like: Phil Collins, So Many Dynamos, MGMT 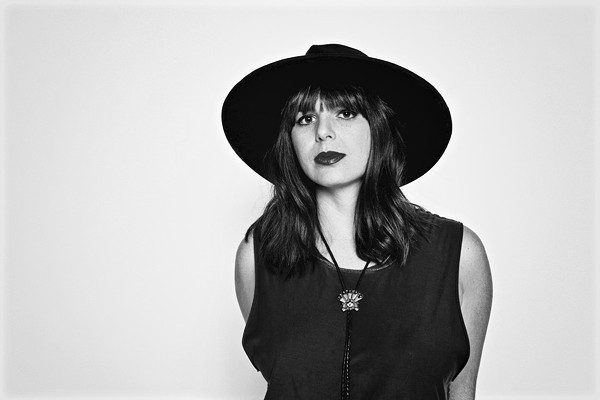 Beth Bombara
11:15 a.m. Sunday @ Bud Light Stage
It’s been a decade now since Beth Bombara arrived in St. Louis, announcing her debut with the EP Abandon Ship in 2007. Over that time, local music fans have been treated to five releases showcasing a style that falls somewhere on the edges of Americana without tipping completely into revivalist folk. Her newest release, Map and No Direction, continues that trend – mixing upbeat pop numbers with slower pieces that suggest contemplation. The key, as always, is Bombara’s voice – strong and calming regardless of the subject matter, like a captain ready to face whatever storm might be on the horizon. Her new album was picked up by European label At the Helm Records, and Bombara is currently planning a tour of Europe to complement her North American shows — including a stop at LouFest this year. 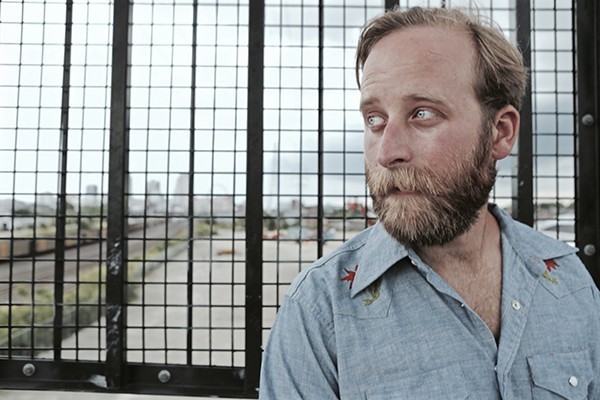 Jack Grelle
12:45 p.m. Sunday @ Bud Light Stage
As a college student, Jack Grelle began mixing his political beliefs with music, and the results were what you might expect from someone leaning toward anarchy: The young Grelle fairly destroyed his voice singing in hardcore bands. As he grew older he found his tastes running more toward country and folk, but his politics didn’t grow more conservative. As one of this city’s foremost purveyors of classic country and honky-tonk swing, Grelle and his band aren’t afraid to get topical. “Changes Never Made,” from last year’s Got Dressed Up to Be Let Down, addresses the roots of Michael Brown’s murder and the unrest that resulted in Ferguson and across the U.S. Elsewhere on the disc, Grelle handles more typical fare — heartbreak, nostalgia, whiskey — but he’s able to inform an old form with new ideas.

Recommended if you like: Doug Sahm, These United States, Waco Brothers, Lavender Country

18andCounting & TheOnlyEnsemble
12:45 p.m. Sunday @ BMI-Tunespeak Stage
Pigeonhole Stan Chisholm at your peril. You may have heard him spin at spaces ranging from the Royale to word-of-mouth warehouse parties, or you might have seen his expansive murals at the City Museum. But as a multi-disciplinary artist who performs under the aegis 18andCounting, Chisholm spent much of 2016 working on TheBirdsAtThisHour, the contents of which he doled out over a series of shows last fall. The document itself shows his versatility as a performer, and here he leads TheOnlyEnsemble — a hodge-podge of percussion, violin and didgeridoo — and manipulates beats and synths while laying a sometimes spare, sometimes opulent backdrop for his meditative verses. Chisholm is a hip-hop lyricist at heart, but his collaborative, curatorial spirit elevates 18andCounting into something unique and of a piece.

Recommended if you like: Sprawling and difficult to define art, bricks