The 10 Best Concerts in St. Louis This Weekend: September 1 to 3 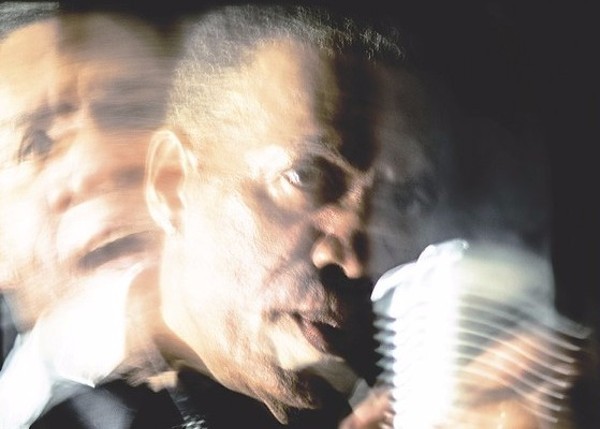 Between the 28 bands at Whiskey War Festival or the 50+ acts on offer at the Big Muddy Blues Festival, St. Louis has one of the best music-for-dollar rates in the midwest this year. With a surprise set inside the City Museum by the Vigilettes and a two-night release party for Kid Scientist's new EP, there are more reasons than ever to dive right into the local music scene.

Hit the list below for not only our recommendations, but a starting point for new and lapsed music fans alike looking to support the local, free-range, homegrown musicians of St. Louis.

Big Muddy Blues Festival w/ Roland Johnson, Marsha Evans, Jeremiah Johnson, Kim Massie, Boo Boo Davis, Big Mike Aguirre & the Blu City All Stars, David Dee, Big George Brock, Kim Massie and the Solid Senders, more 2 p.m. Fri., Sept. 1, Sat., Sept. 2 and Sun., Sept. 3. Laclede's Landing, N. First Street & Lucas Avenue. $8-$150. 314-241-5875.
By Thomas Crone
From When St. Louis Sings the Blues, featured in this week's print edition:
For the second straight year, Jeremy Segel-Moss has his "hands on the wheel" of the Big Muddy Blues Festival, booking the 50-plus-act event taking place this weekend on Laclede's Landing. Also for the second straight year, the event will feature a St. Louis-centric lineup, one that Segel-Moss says does justice to the region's role as a blues hub. "It's all local," he says. "But just because it's all local doesn't make it not national."

Midnight Opera w/ Le'Ponds
9 p.m. Foam Coffee & Beer, 3359 Jefferson Avenue. $7. 314-772-2100.
The Dallas-based pop crooners of Midnight Opera make songs with a heft befitting a darker, meaner kind of band. The Mesmerist, released in early 2017 under the band's scrapped name Siamese, dusts angular pieces of pop with a fresh layer of fuzz that seems to simulate the lo-fi aesthetic without committing to full-on punk production. Rather, Midnight Opera elects to inject small moments of squalor as a palette cleanser and a break from the typically polished songcraft. This show marks the third night of an eleven day tour that sees the band meet up with St. Louis' own CaveofswordS in Evansville, Indiana.

Umphrey's McGee
7 p.m. Fri., Sept. 1 and Sat., Sept. 2. The Pageant, 6161 Delmar Boulevard. $25. 314-726-6161.
By Christian Schaeffer
As Phish’s thirteen-night run at Madison Square Garden proved, a memorable jam-band show isn’t just about the jams — it’s about the curveball covers that punctuate the set. Umphrey’s McGee, the Midwestern sextet that leans on equal parts prog and funk, has taken that adage to heart on last year’s Zonkey, an album of live mash-ups that displays the band’s influences as well as its stylistic dexterity. Opening track “National Loser Anthem” somehow stitches Beck, Radiohead and Phil Collins together, and luckily UM’s reverence for its source material keeps the whole enterprise from turning into a one-note joke. How many of these mash-ups will appear in the band’s set in this weekend’s two-night stand is anyone’s guess, but isn’t that the fun of an unpredictable show?

The Living End w/ the Dollyrots
8 p.m. Old Rock House, 1200 South Seventh Street. $20. 314-588-0505.
By Roy Kasten
Admittedly, it’s not a vast field, but the Living End remain the best punk-pub-rockabilly band to ever emerge from the land down under. Twenty years after releasing the hellacious double A- (as in "ass-kicking") sided single “Prisoner of Society” / “Second Solution,” the trio, led by Johnny Rotten-esque snarler Chris Cheney, has returned with Shift, a no-frills set of hard and fast punk that’s both believably desperate and surprisingly catchy, even when the lads downshift for a new-wavey ballad or two. Mostly the record sounds great, all serrated guitars, mosh-ready choruses and ripping rhythms. The band’s return to St. Louis should be one of the punk shows of the year.

Kid Scientist Album Release Show w/ Adult Fur, Hands and Feet, Grace Basement, Fatal Flaws
8 p.m. Fri., Sept. 1 and Sat., Sept. 2. Off Broadway, 3509 Lemp Avenue. Free Friday night, $10 Saturday night. 314-773-3363.
By Christian Schaeffer
From Kid Scientist's Record Release Show This Weekend Looks Completely Bonkers:
When he's not working his day job in communications for a local brewery, and when he's not leading the spry and artful indie pop band Kid Scientist, Joe Taylor can be found somewhere beneath the proscenium arch. He spends his evenings as the composer and music director for Equally Represented Arts (ERA), an experimental theatre group with a knack for taking post-modern approaches to some of the Western canon's most well-worn stories: The troupe has taken on the tragedies of Oedipus, Macbeth, and Romeo and Juliet. And thanks to a quirk of the calendar or a streak of masochism, Taylor has chosen to release Kid Scientist's long-awaited, long-delayed new EP on the heels of ERA's just-launched production of Snow White. On top of that, the band's release show is no mere concert: Taylor has leaned on his friends in the theatre community to construct a two-night immersive show at Off Broadway to coincide with the release of the six-song Report from the Future.

The Vigilettes
8 p.m. Beatnik Bob's Broken Record Cafe inside City Museum, 750 North 16 Street. Free. 314-915-8836.
By Christian Schaeffer
From The Vigilettes Is One of This Year's STL 77:
If Hollywood’s endless onslaught of superhero movies has taught us anything — that’s a big “if” — it’s that a little collaboration among super-powers can have world-saving, box-office-breaking effects. For south city quartet the Vigilettes, a little superhero schtick goes a long way to describing their all-for-one appeal; the four women in the band share singing and songwriting duties, creating a sound that’s indebted to Breeders-style guitar rock while leaving room for some experimentation. The group’s debut 4,3,2,1 came out in the fall, but guitarist and singer Caitlin O’Toole was teasing new material in conversation as early as last year. “We already have a lot of new songs that we’ve already been playing live,” she said. “There is definitely gonna be another release – maybe an EP.”

Whiskey War Festival
12 p.m. South Broadway Athletic Club, 2301 South Seventh Street. $15. 314-776-4833.
By Daniel Hill
The mighty Whiskey War Festival returns triumphantly this Saturday for its sixth year. The eclectic and wide-ranging fest the Maness Brothers built will again take place at the South Broadway Athletic Center after a successful go last year, affording you an ideal opportunity to catch some rock & roll in a room you might typically associate with the most entertaining wrestling night in town. The lineup this year includes everything from the crushing metal of the Lion's Daughter to the manic garage-punk of Shitstorm to the Sabbath-indebted vampire rock of Dracla — and that's just a handful of the locals on the bill. Special attention should definitely also be paid to the top-billed Daddy Long Legs, a New-York-based harmonica virtuoso who initially honed his musical chops in St. Louis' punk scene.

Coaster w / Shady Bug, Honeydew, Fragile Farm
Foam, 3359 South Jefferson Avenue. $5. 314-772-2100.
Does the world really need another rock & roll band? Chicago's Coaster makes a case for its more guitar-driven pop with a synthetic mess of elements that have been heard before. And while singer Matt Kissinger ushers each song along with strong melodic leads straight from the gut and up through the throat, the band's seamless blend of off-kilter riffing begs for greater engagement. Layers are present throughout, even if they seem absent on a first listen, and that kind of musical smoke and mirrors paints Coaster with a different shade of paint than its contemporaries. The band likely knows that it's 1 of 10,000 similar acts to pop up in the last few years as it focuses on solid songwriting to set itself apart from the pack.

Potty Mouth w/ Polyshades, Tote Bag, The Tube Socks
8 p.m. Fubar, 3108 Locust Street. $8. 314-289-9050.
An "in-betweener" is a rare breed of band that exists between a few discernible styles, not appealing to any strong base loyal to a specific aesthetic. This strange space is somewhat hard to occupy by anyone but Potty Mouth handles the odd middleground as if it were the band's own backyard, leaping from glittery shoegaze to jangly garage rock to whatever sound the band commands on stage.

Reptoid w/ Bitchfit, Jessifer, nebulosa
9 p.m. CBGB, 3163 South Grand Boulevard. $5-$7.
At this point, Oakland's Reptoid might be better known than the band it spawned from: Reptilian Shape Shifters. Drummer and percussionist Jordan Sobolew has managed to merge man with machine, made evident by his mic-embedded face mask and the utter forest of wires surrounding his kinetic figure on the drums. As a solo act, Reptoid crafts a stringent kind of noise rock informed by Black Pus and Lightning Bolt while offering up a set of industrial noise baked onto fast African beats committed to drum kit.