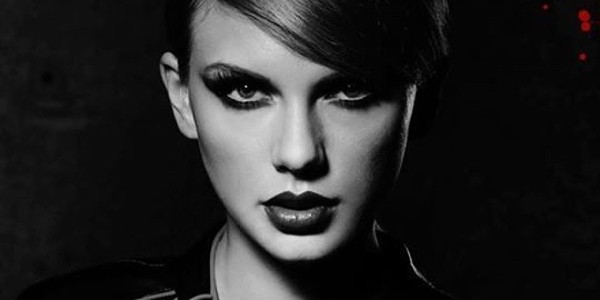 Is Taylor Swift a psychopath? Our columnist Jaime Lees is convinced of it — and two years ago, back when #LookWhatYouMadeMeDo was still a Right Said Fred beat, she explained her reasoning to the world. The headline was right to the point: Evidence Suggests Taylor Swift Is a Psychopath.

It wasn't merely half-assed haterade. Lees used a combination of the psychologist's bible known as the DSM and a well-regarded "psychopathy checklist" to list traits associated with psychopaths — and explain how the pop star had exhibited each one.

Yeah, yeah, all we're ever gonna be is mean. It was not our most generous hour — or our most scientific (Lees is a journalist, not a psychologist who's actually examined Swift). But look! Now that Kim dropped her Snapchat bombshell, and Taylor herself has dropped "Look What You Made Me Do," along with a weirdly self-aggrandizing I-am-a-viper videobrag, don't you kind of think Lees was onto something?

We certainly do. But when we went to Facebook yesterday to crow about our prescience, we learned something odd: The story had been blocked.

Yes, blocked. Best we can tell, anyone who tries to share the link may post it on Facebook, but it will be displayed without a headline or photo — which, in the precarious world of the popularity-dependent personalized newsfeed, means certain death. Sure, you can post Lees' story, but no one is going to read it without a headline or an image attached.

This wasn't just user error (though we've been known to make those). When we ran the story through Facebook's debugger, the usual way to fix the problem, Facebook noted that the URL "has been blocked." That happened on multiple computers, from various browsers.

It's basically a form letter that Facebook assists readers in creating. Compiling them makes for humorous reading, most of the time. One suburban reader was livid that we'd given local strippers props for nailing the mannequin challenge. A whole bunch hated that we were still hating on Axl Rose.

But if you think Guns N' Roses has rabid fans, try writing something about Taylor Swift. (Seriously, just try; I personally wrote something back in 2011 and still get emails about how ugly I am as each new set of tweens learns to Google.) We tuned out the form complaints we got a few years ago on Lees' story, but the Swifties must have gone further than we thought possible, reaching enough of a critical mass that Facebook marked the link as block-worthy. We got no notice, and no way to appeal. From that point on, anyone daring to argue Taylor Swift was a sociopath was on their own .... or at least at the mercy of lesser columnists to help them make their case.

There's something chilling about the way a motivated group of readers can so effectively mute speech they don't like. And "mute" is no exaggeration — ask any publisher, and they'll tell you that, in all but the rarest scenarios, you simply can't get traction for news stories these days without Facebook. Don't believe us? Ask yourself: Where did you first see this link?

Back in a more civilized time, editors took pains to "libel-proof" a story. If you knew you had something important to say, you had to make sure the target couldn't win a lawsuit against you. You did so by making sure the truth was on your side and that you could back up your claims. If you were writing an opinion piece, like, say, "Evidence Suggests Taylor Swift Is a Sociopath," your task was easier: The First Amendment is generous in protecting the right to publish opinions about public figures.

These days, though, does any of that matter? Readers don't have to prove a story is libelous to silence it. Enough of them just have to tell Facebook that "something" about it "bothers" them, and poof! Link blocked, and with it the agony of seeing their idol criticized. Never mind that these tools were likely put in place to help the little guy from social media bullying; it's hard to imagine anyone but a celebrity with an army of Swifties could use them this effectively.

Now, obscuring speculation about Taylor Swift won't cause the decline of Western civilization. But do you ever wonder about what else is being blocked, or what other stories an angry mob might not want you to see? Surely someone more powerful than Taylor Swift — there must be someone more powerful than Taylor Swift — could use enraged commenters to much more nefarious ends. What are they complaining about right now? What "fake news" has them barraging Facebook with blocking requests? And which outlets is Facebook muting? We simply have no way of knowing in any scientific way. That might be the scariest thing of all.

Once, we spoke about the temperature at which books burned. Now you don't even need to light a volume on fire. You simply complain that it offends your sensibilities; the well-meaning technocrats do the rest.

We'll stand by our story: Evidence still suggests Taylor Swift is a sociopath. Will Facebook block this link too?

The block appears to have been lifted. We have no idea what got Facebook's attention, or if our original ban was perhaps only temporary in the first place. But we're grateful to the astute readers who attempted to report to Facebook that the block was in error — and then let us know the situation had changed.