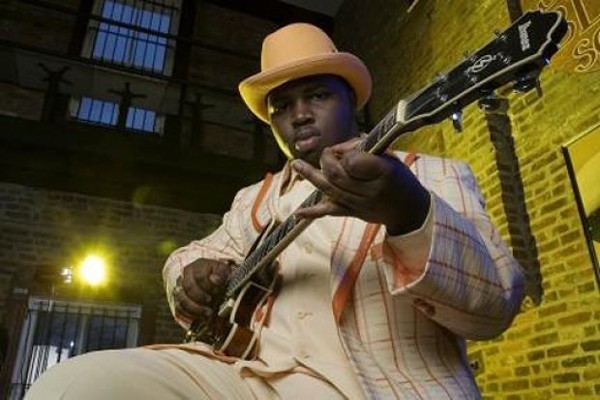 Between Priests, DragonForce and Flo Rida, hype levels in St. Louis might just peak along with the temperature. Instead of hiding from the sweat that a good show brings, we say embrace the heat, dress light and stay hydrated in the weekend ahead.

DragonForce w/ Once Human
8 p.m. Fubar, 3108 Locust Street. $20-$22. 314-289-9050.
While DragonForce has had roughly fourteen members throughout its life, the core has remained largely the same. Sure the riffing is impressive to an inhuman degree, but DragonForce's tendency to back off when needed elevates the group well beyond its status as a go-to metal band for nerds. Or a go-to nerd band for metal-heads. Any fans that miss this show should be forced to pass the level for "Through The Fire And Flames" on Guitar Hero 3.

Flo Rida w/ AJR, Allen Gates
7:30 p.m. Family Arena, 2002 Arena Parkway, $9.63-$78. 636-896-4200.
With four studio records that have all charted on Billboard 200 and a long list of nominations from the MTV, BET, Teen Choice and Grammy Awards, Flo Rida is on the cusp of a new album that is sure to bring a wave of hit singles and collabs. It's hard to pinpoint just when an artist is in their prime, but the Florida-native has no doubt hit a creative stride that continues to propel his career and live shows forward.

Marquise Knox Blues Band
10 p.m. BB's Jazz, Blues & Soups, 700 South Broadway. $10. 314-436-5222.
By Christian Schaeffer
From Marquise Knox Is One of This Year's STL 77:
The annual Baby Blues Showcase has been going on long enough that local blues fans have been able to watch those fresh-faced singers and guitar-slingers grow up practically before their eyes. Marquise Knox made his name on that stage — and went on to burn down many others. Now in his mid-twenties, he’s no longer a baby and has logged thousands of miles at home and abroad preaching the gospel of the blues. Knox certainly pays homage to his forebears — his latest, Here I Am, includes versions of a few Muddy Waters songs — but his age and enthusiasm has helped keep local blues music fresh and vibrant over the past decade.

Particle Devotion w/ Honeydew, St. Michael, Chelsea Gray
9 p.m. The Way Out Club, 2525 South Jefferson Avenue. $5. 314-664-7638.
New Orleans' Particle Devotion squeezes out a massive sound befitting an overblown post-rock outfit, and does so with a strong shoegaze vibe. The songs emphasize dense, percussive parts while somehow leaving room for all eight members to play. The approach allows for a wide range of rich and dynamic pieces with the hidden potential for loud, blunt-force sections.

Gringo Star w/ Polyshades, Shitstorm
9 p.m. The Sinkhole, 7423 South Broadway. $5.
Last year's The Sides and In Between showed Gringo Star in its most sculpted and shapely form to date. The band's relentless riffing paired with its stabbing rhythm section makes for a vicious set of what seems to be rock and roll songs on the surface. At this point Shitstorm has become an institution in St. Louis, and the band can always be counted on for its sideways take on garage rock and proto punk.

Wolf Alice w/ Bo and the Locomotive
8 p.m. Off Broadway, 3509 Lemp Avenue. $15. 314-773-3363.
While the group recently won "Best Live Band" in last year's NME Awards, it's important to note that Wolf Alice started off as a duo in 2010. That might be why the songs feel simple if extremely effective. Not that minimalism is Wolf Alice's forte, but the sound does lend itself to loud-quiet-loud structures within a vast dynamic range. Local indie-rock supernova Bo and the Locomotive kicks off the night with a rare opening set.

Broncho w/ Billy Changer, The Fade
8 p.m. The Ready Room, 4195 Manchester Avenue. $15. 314-833-3929.
Broncho's early start as a film project that focused on '80s punk certainly laid the foundation for the band's sharp, bleeding-edge approach to rock. Broncho has managed to carve its raucous songs without sacrificing its initial retro sheen, but don't expect the band to bank on nostalgia alone. With the Fade up on deck in the opening slot, showing up fashionably late is just a bad look.

Eric Taylor
7 p.m. The Focal Point, 2720 Sutton Boulevard, Maplewood. All ages. $15-$20. 314-560-2778.
By Christian Schaeffer
You’ve heard the songs and stories of Lightnin’ Hopkins and Townes Van Zandt, and perhaps you wish you’d seen them in their prime. That chance may be gone, but you can still witness fellow Texan and fellow traveler Eric Taylor. Like Townes and Lightnin’, Taylor sears the acoustic blues with a personal vision, weaves stories that have the force of myth, and transfixes audiences with a voice that’s as raw as it is soul-searching. He’s never found the fame of a Jimmie Dale Gilmore or Steve Earle, but his talent and vast body of work stands up to an songwriter working today or just about any day. Go see him: You’ll stand on Townes Van Zandt’s coffee table in your cowboy boots and preach it.

Priests
9 p.m. Off Broadway, 3509 Lemp Avenue. $11-$13. 314-773-3363.
It's hard to believe that February release Nothing Feels Natural is actually Priests' debut album. Two tapes, an EP and a stray single have been enough to garner the band a following, but the new record offers a hyper-political indie-punk odyssey that will likely populate "Best of 2017" lists en mass later this year. Let's see if all the recent critical acclaim helps the band deliver a studio followup in less than five years.

The Stranger w/ Concentrator, Boreal Hills
1 p.m. Pizza Head. 3196 South Grand Boulevard. Free. 314-266-5400.
One step inside Pizza Head is enough to know what the new spot on South Grand is all about: Punk rock and za. The classic concert flyers strewn throughout the room pop with neon colors and are an eye-catching enough gimmick on their own, but Pizza Head legitimizes its whole decor by cramming some of St. Louis' stellar punk bands inside the bar/restaurant. All three bands on this show are worth seeing on their own, but paired together inside a pizza joint in the afternoon? A literal no-brainer.