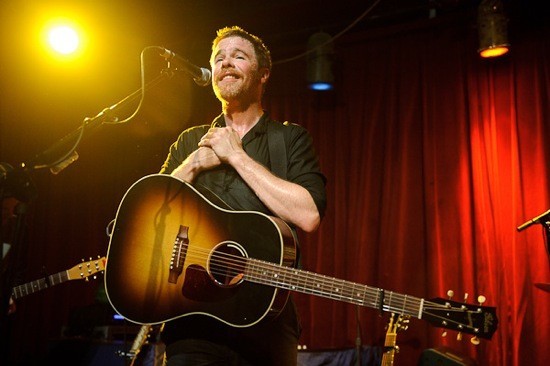 The Open Highway Music Festival has been drawing large crowds to Off Broadway (3509 Lemp Ave) for half a decade now, and after growing in size and popularity each year, the festival is set to return in 2017 from August 2 to 6. This year's installment will feature headlining artists including Josh Ritter, JD McPherson and Twin Peaks, and for the first time will include two days and nights of live music outdoors in the St. Louis summer.

The show is organized by local musician John Henry and Steve Pohlman, owner of Off Broadway. Henry says, "My goal was to create a festival that featured great music inside and outside of Off Broadway that was positive and would grow, sustainably, every year."

This year will bring a new format to the festival. August 2 through 4 will be the usual live performances inside Off Broadway, while August 5 and 6 will be two days and nights outside of the venue on Lemp Avenue. "Last year we did one day and night with Pokey LaFarge," Henry explains. "This year we are doubling that and will be outside all weekend."

The show began in 2012 as a partnership between Off Broadway and Henry's Open Highway Booking. The festival has primarily featured "Red Dirt" country music, roots rock and folk artists; over the years, as the event has grown in popularity, it has featured some big name artists, such as Norah Jones in 2013 and former members of R.E.M. in 2014.

"I am proud to be involved in an event in south city St. Louis that hopefully brings positivity and joy to the city," Henry says. "We are working hard and we are trying to do good work. We are proud of the lineup and we are proud to be doing it in St. Louis."

The festival will run August 2 through 6 at Off Broadway. Tickets for the festival are now on sale. For more information follow the event's Facebook page. Check out the full lineup below: