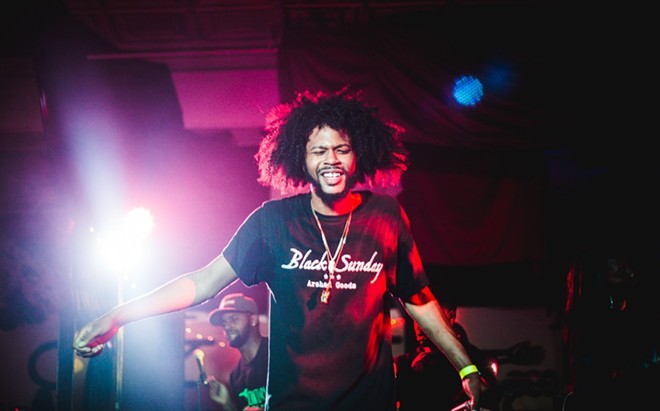 Are you a broke college student looking to save some of that summer-earned cash, enjoy some great music and potentially begin a journey down a career path? Look no further.

On September 8 LouFest will kick off their 2017 festivities with a new free day specifically for college students (two-year and four-year) at the Upper Muny Grounds and Festival Plaza in Forest Park. The event will be entitled LouFest U, and will add more buzz to the already highly anticipated local music festival featuring performances by Snoop Dogg, Weezer, Spoon, Run the Jewels, Cage the Elephant and many more.

LouFest U is a partnership between the producers of Loufest and the St. Louis Regional Chamber. The event is set to feature live musical performers, speakers, activities, vendors and employers from some of the region's top companies to share internships and career opportunities.

LouFest's organizers announced today that local rapper Arshad Goods will be the first featured performer who will take the stage on September 8. (Goods was nominated for a music award by RFT in 2016 as Best Hip-Hop Artist.) The festival will announce five performing artists from June 27 to July 7, with the next announcement coming on June 29. Along with each announcement will come Q&As and other information about each respective artist.

“Arshad is a great example of someone who took a leap to pursue his passion. He studied electrical engineering at Purdue, but knew he wanted to create music – and he ultimately returned to his roots in University City to do so,” LouFest's Rich Toma said in a statement. “That’s the mission of LouFest U...to encourage college students to pursue their passions here in St. Louis, and we are excited to have Arshad be part of the event.”

St. Louis Regional Chamber program manager Adrienne Sharp says this event was born from the question, "What attracts college students to a city?" According to Sharp, "Pulling this festival together and showcasing what St. Louis has to offer in one place is our answer!"

LouFest U is set to run September 8 from 4 p.m. to 10 p.m. The event is free to all students with a college ID or valid university email address.