The Gaslight Squares Is One of This Year's STL 77 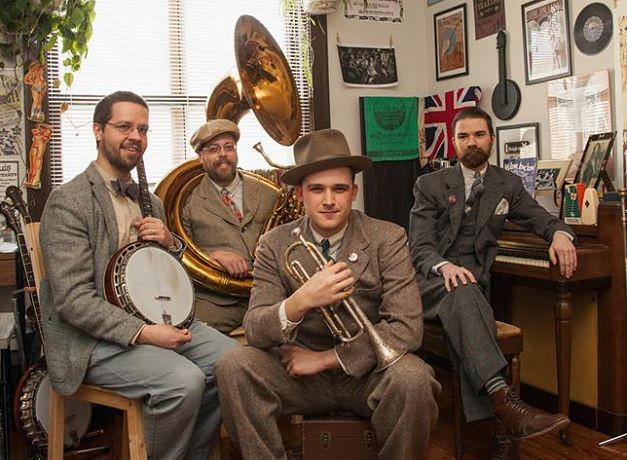 Imagine, for a moment, the life of British trumpeter/banjoist TJ Muller. Mad about the riverboat swing music of 1920s America, he jumps aboard Pokey LaFarge’s traveling musical revue in 2013, and together they criss-cross the globe. Eventually he departs LaFarge’s band to cast his lot with St. Louis, legendary home of the traditional jazz and blues Muller loves most. Along with locals Matt Sellers (piano/accordion), Jacob Alspach (banjo/guitar), Jon Weiss (tuba) and the occasional snare drummer or trombonist, Muller forms the Gaslight Squares — and if the bricks of south city could sing, this is what they’d sound like. Merrily rustic trumpet leads, while barroom piano, choppy banjo, old-timey radio harmonies and the rustle and whoosh of dancing skirts swing through the air. Charismatic and easy on the eyes (especially with the city’s swing kids on their side), the members of the Gaslight Squares evoke more than just history: They express timeless city pride.