Blight Future Is One of This Year's STL 77 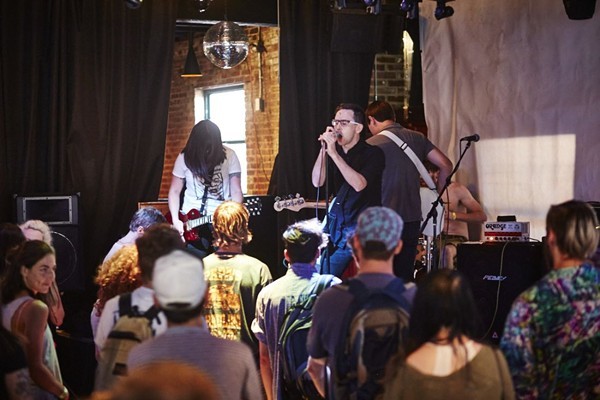 Punky and mathy, with a bit of poppy metal thrown in just for the hell of it, Blight Future brings a sharp, but never overbearing, activist edge to the post-hardcore scene. The foursome has clear targets — consumerism, racism, sexism, pretty much how-fucked-everything-is-ism — but its socially conscious messages derive physical force from just how hard, free and unpredictably the band plays. Featuring songwriter and singer Stephen Inman along with drummer Jesse Kornhardt, bassist Johnny Gabbert and guitarist Emily Hoover, the band’s 2016 full-length debut, Love & Strategy, is absolutely trenchant. More importantly, it rocks a lot harder than even the tightest intersectional podcast.

Recommended if you like: Refused, So Many Dynamos, Fugazi, Gang of Four