Black Fast Is One of This Year's STL 77 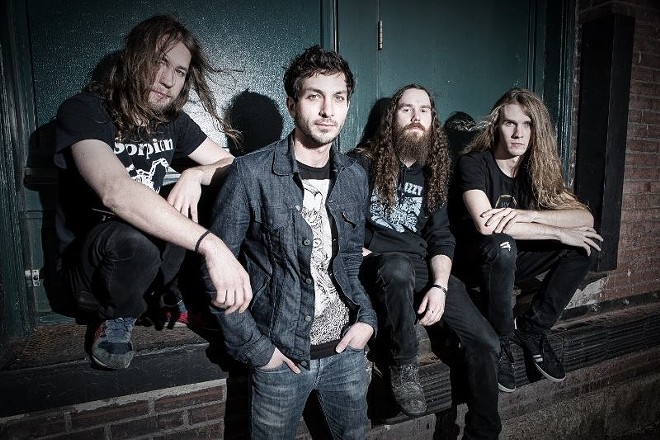 Like many a heavy metal band before them, Black Fast wears its dark fascination with Catholicism on its leathery sleeves. Named for a form of extreme Lenten fasting, the band plays a punishing, riff-heavy, growling and refreshingly raw form of thrash metal, replete with creepy images of annihilation and doom that never quite sink into ridiculous clichés. This band — led by shredding vocalist Aaron Akin and even more shredding guitarist Trevor Johanson, and driven by the rhythm section of Ryan Thompson and Ross Burnett — knows that metal is meant to be a sweaty, moshy, relentless catharsis. And that’s the kind of metal Black Fast feasts on every time it takes the stage.

Recommended if you like: Death, Megadeth, Cannibal Corpse, Deicide