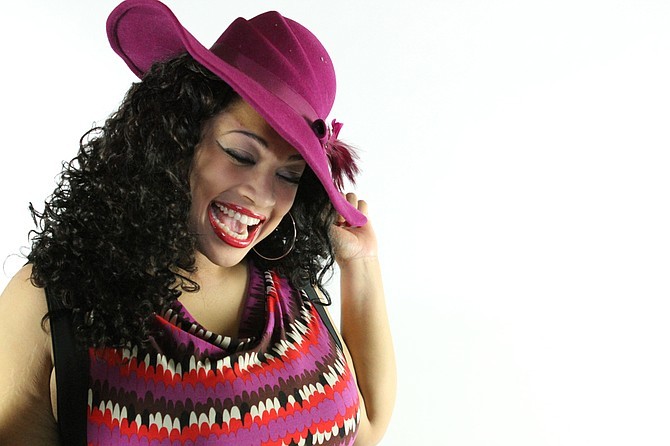 From the balls-out disco of Escort to the brain-bending metal of Gorguts, the next three days offer festivals, release parties and solid one-offs by touring acts. Jazz fans should look into the Dave King Trucking Company while alt-country addicts have two Twangfest shows and a Diesel Island release party to choose from.

Whatever your flavor, we have the recipe for a healthy and fulfilling weekend of music in St. Louis.

Jj Thames
7 p.m. National Blues Museum, 615 Washington Avenue. $10-$20. 314-925-0016.
$15 admission for entry into the museum proper.
Jj Thames' 2014 debut Tell You What I Know propelled the blistering blues singer to number 3 on Billboard's blues chart, which seems ironic given the record's subject matter of her rough start in the music biz. One year out from her sophomore effort Raw Sugar, Thames pulls from heartfelt peaks and valleys, performing songs that capture the devastation and subsequent healing of a divorce. And that's sort of the deal with Thames — her performances feel like set pieces, painting all the colors of a vibrant picture with little more than sound and the bodies on stage.

Escort w/ So Many Dynamos
6:30 p.m. Atomic Cowboy Pavilion & The Bootleg, 4140 Manchester Avenue. $17-$20. 314-775-0775.
This collaborative show by Nightchaser and Jamo brings New York's post-disco juggernaut Escort alongside homegrown heroes So Many Dynamos with DJ Hal Greens acting as the funk-flavored glue between bands. Escort takes the essence of a protest march turned block party and delivers songs soaked in celebration and personal victory. The night's format is just as vital as the bands with a built in after-party lead by DJs Alexis Tucci and Mark Lewis. Concert-goers should prepare to be soaked in sweat or Pabst Blue Ribbon (the event's sponsor) or a combination of both.

Twangfest 21 Day 3 w/ Robbie Fulks, Parker Millsap, Cave States
8 p.m. Off Broadway, 3509 Lemp Avenue. $22-$25. 314-773-3363.
Americana, country, bluegrass and folk are just a few lines that cordon groups into nice little pockets, yet very few bands, especially in those genres, pay any heed to these invisible borders. What Twangfest has done best for twenty-one events and counting is find artists that share a distinct musical DNA and book them strong across several days. The whole festival comes highly recommended, but we'll highlight this Friday night shindig featuring Robbie Fulks and Parker Millsap with Cave States capping off the show. Both headliners bring their own takes on alt country with lush songs that come in several shades, showcasing the kind of range Twangfest has become so renowned for.
SATURDAY, JUNE 10

Diesel Island Album Release Show
2:30 p.m. Off Broadway, 3509 Lemp Avenue. $10. 314-773-3363.
Funny how side projects often get called "obscure" or "underrated" when the bands hide in plain sight. Members of Diesel Island moonlight in the Bottle Rockets and few can deny the latter's staying power, especially in regards to the limelight. Yet this band stands on its own feet, serving up straight-up Outlaw country with a fierce kick to the gut. No punches are pulled for this release party, which takes place between two nights of Twangfest. Sandwiched between what's sure to be two packed shows and with no local opener to boot, Diesel Island sports a rare kind of confidence for this release party,

Grandpa's Ghost w/ Tone Rodent, Baby Baby Dance With Me
9 p.m. Saturday, June 10. The Schlafly Tap Room, 2100 Locust Street. Free. 314-241-2337.
By Christian Schaeffer
From: Grandpa's Ghost Returns with Double LP Carnage Queen and EP Country of Piss
While Hanna has kept busy over the past decade, his band's output has been relatively scarce. That changed in May with the release of the double LP The Carnage Queen and an attendant EP, Country of Piss. All told, Grandpa's Ghost has delivered 22 new recordings — some from Hanna's vaults, some recently composed. They were captured in New York City with Hanna's long-time bandmates Jack Petracek and Bill Emerson, along with Tim Garrigan, a St. Louis native best known for You Fantastic! and Dazzling Killmen.

Gorguts w/ Exist, Alan Smithee, Legend
7 p.m. Fubar, 3108 Locust Street. $18-$20. 314-289-9050.
With its first demo ...And Then Comes Lividity, released 1990, Gorguts didn't seem all too obsessed with the kind of virtuosity and technicality its songs ooze in the modern day. Rather, Gorguts started with a fierce and guttural, albeit raw, take on progressive metal. Guitarist Luc Lemay is the groups's only constant, so it's safe to trace the band's amorphous lineup and growth with Lemay's own evolution as a player. While Gorguts might alone be worth the asking price, Germany's Defeated Sanity was once on this bill before dropping off due to Visa issues. The three locals on offer are more than fit to fill the void — no need to temper your expectations.

Seether w/ Kaleido
7 p.m. The Pageant, 6161 Delmar Boulevard. $32-$35. 314-726-6161.
"Can't fight the seether" was hurled through airwaves in the mid '90s to such great effect that, even after releasing music under the name Saron Gas, a South African band changed its name to Seether to honor Veruca Salt. With a reference on its sleeve and a hardwired take on metal that leans into the divisive "nu" territory, Seether sounds like a pile of bands from the '90s who drowned on their way to the mainstream, only to be dug up as mean, ear-chewing zombies. Its acidic rock oozes with aggression while the rhythm section opts to never relent, filling in the sound by sticking close to the raucous riffing.

The Vigilettes w/ Vya White Fuzzy Blood Bath
8 p.m. El Lenador, 3124 Cherokee Street. $7. 314-771-2222.
By Christian Schaeffer
From The Vigilettes Is One of This Year's STL 77:
If Hollywood’s endless onslaught of superhero movies has taught us anything — that’s a big “if” — it’s that a little collaboration among super-powers can have world-saving, box-office-breaking effects. For south city quartet the Vigilettes, a little superhero schtick goes a long way to describing their all-for-one appeal; the four women in the band share singing and songwriting duties, creating a sound that’s indebted to Breeders-style guitar rock while leaving room for some experimentation. The group’s debut 4,3,2,1 came out in the fall, but guitarist and singer Caitlin O’Toole was teasing new material in conversation as early as last year. “We already have a lot of new songs that we’ve already been playing live,” she said. “There is definitely gonna be another release – maybe an EP.”

Dave King Trucking Company
8 p.m. Joe’s Cafe, 6014 Kingsbury Avenue. $15. 314-862-2541.
By Christian Schaeffer
Fans of inventive, occasionally irreverent jazz let out a collective gasp this spring when the Bad Plus announced that founding pianist Ethan Iverson would be leaving the group to be replaced by Orrin Evans. It marked the end of an era for the Minneapolis-founded trio, though in recent years its members have kept busy with extra-curricular activities. Case in point: Drummer Dave King has pushed past the trio format with his own Dave King Trucking Company quintet, mixing electric guitar, upright bass and a pair of reed players with more melodic compositions. How all five players will fit on Joe’s Cafe’s famously tiny stage is another matter.

Portugal. The Man w/ Electric Guest
8 p.m. The Pageant, 6161 Delmar Boulevard. $27.50-$30. 314-726-6161.
By Howard Hardee
From Portugal. The Man Is Alaska Proud, Even with Major Label Success:
Even as Portugal. The Man has become a critically acclaimed, internationally successful indie-rock band, the guys have taken a bit of Alaskan rowdiness with them. Bassist Zack Carothers explained during an April performance on KEXP 90.3 FM in Seattle that the group often plays small, unannounced shows under different names to test out new material.