Oh Snap, Corey Feldman's Band Is Coming to the Lake of the Ozarks 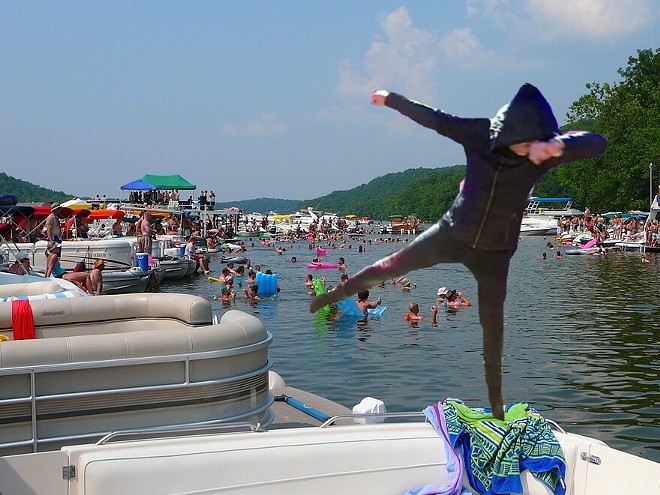 The Beatles on Ed Sullivan. Prince on the Superbowl halftime show. The Live Aid broadcasts. Some televised musical performances seem to capture the attention of the public in a special way. And when viewers are moved by the same act at the same time, they often feel a sort of universal connection to others through their television screens.

This was also true of Corey Feldman's legendary 2016 performance on the Today show. Not everyone saw his performance of the '80s movie star's song “Go 4 It” live, but a huge amount of Americans with an internet connection saw clips of his performance within 24 hours. It united viewers with one big, “Wow, Corey. WTF?”

While being introduced by a then-yet-to-be-disgraced Billy Bush, the Today host seems to know what's about to happen. The hosts had clearly been tipped off that something abnormal is about to go down. Feldman then takes the stage and gives what is surely one of the most interesting morning show performances in recent memory.

Viewers were quick to make fun of what they felt was Feldman's amateurish, art school presentation. But for those who had been following Feldman's musical development over the years, this performance was completely in line with his past appearances. He is entirely sincere about his musical output and was apparently devastated when audiences received him as a joke.

Feldman had been trying to find money to release the album he was promoting, Angelic 2 the Core, for ten years. It was his fifth album and had 22 tracks, all with a Feldman writing credit except for the last song, a cover of John Lennon's “Working Class Hero.”

He seemed to treat this album as his baby and would do anything to get it released. Last summer he even organized an Indiegogo campaign with the goal of raising $105,000 for these purposes. He raised not quite $15,000, but still managed to get the album out to the public. Personally, I donated at the $10 level so he'd post an Instagram photo for my bestie Kelly, who has had an unwavering crush on him since she was a kid. True to his promise, Feldman delivered for me and for hundreds of other donors just as asked (early, even) and he made Kelly's life complete.

Feldman is touring this summer and though there is no St. Louis show announced yet (cross fingers), there is going to be a tour stop on July 6th at Shady Gators at the Lake of the Ozarks. This seems like the perfect fit, right? An audience of leftover Fourth of July binge drinkers and Feldman's unique show mingling together in a cajun restaurant / venue?

Maybe Corey's angels will visit Party Cove and everything. See you there.