The 10 Best Concerts in St. Louis This Memorial Day Weekend 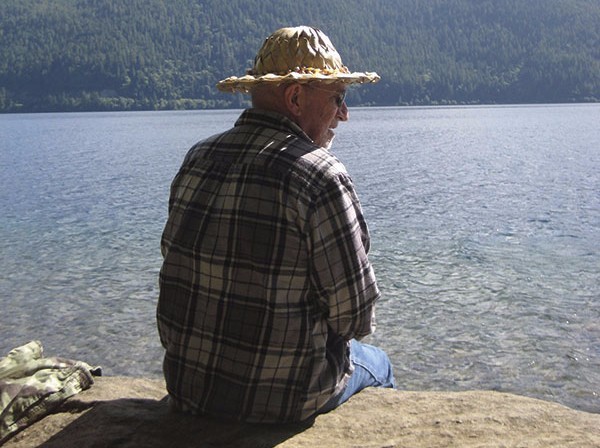 Memorial Day Weekend stands as the definitive start of summer in St. Louis, solstice be damned. The legendary Lavender Country tops off a weekend of local showcases, album release shows and celebrations, including the Mississippi Nights Music Festival taking place on the Landing. Consider the next three days a pre-game for all festivals happening in the coming months.

Lavender Country w/ Sharon Hazel, Annie & the Fur Trappers, Justice Beats, Joss Barton
8 p.m. Off Broadway, 3509 Lemp Avenue. $10. 314-773-3363.
By Jenn DeRose
From How Lavender Country, Country's First Openly Gay Band, Found Allies in St. Louis:
Lavender Country, the world’s first openly gay country band, has a very special bond with St. Louis. The friendship and partnership with lead singer Patrick Haggerty began when Jack Grelle, St. Louis’ own progressive country music star, asked Haggerty if he wanted to play music together after the documentary These C*cksucking Tears — a film about Lavender Country — screened at the 2016 True False film festival in Columbia, Missouri. It was the first time since Haggerty started performing in the early ‘70s that he was ever approached by a straight white country musician to collaborate, he says. It was an emotional event that brought Haggerty to tears.

Rakim w/ Mbz Live, RUDEcrew, Indiana Rome
8 p.m. The Ready Room, 4195 Manchester Avenue. $20-$25. 314-833-3929.
By Daniel Hill
William Michael Griffin, better known to the world as Rakim, is one of the greatest MCs ever to hold a mic. There's nothing even remotely controversial about that claim. Having started his prodigious career in the mid-'80s, Rakim is, at this point, your favorite rapper's favorite rapper's favorite rapper. With his work alongside DJ Eric B. as one of hip-hop's finest golden era acts, Rakim is one of the artists most responsible for defining what a real MC even is. Eschewing the simplistic, high-energy rhyme schemes of other golden era rappers, Rakim built a name for himself on a relaxed flow filled with internal and multi-syllabic rhymes. If lesser MCs were telling limericks, Rakim laid down pure poetry.

RVIVR w/ Bad Cover Band Sam, Mirror Mirror
8 p.m. Fubar, 3108 Locust Street. $10-$12. 314-289-9050.
RVIVR got the rub from Rolling Stone last year when the publication named the Olympia, Washington band on its "10 Great Modern Punk Bands" list — and for good reason. Along with guitarist and vocalist Erica Freas, the outfit is led by Mattie Canino of the now-defunct Latterman, an often outspoken and politically charged group bearing a fiery torch of DIY ethics not unlike Fugazi. Its message of inclusion and equal rights is heard loud and clear, especially when delivered over such hard-nosed and melodic punk rock.

Concentrator Album Release Show w/ Spencer Radcliffe, Butthole, Horse Jumper of Love, Jane Wave
8 p.m. Blank Space, 2847 Cherokee Street. $5. 314-669-9240.
No Known Code, the debut release from Concentrator, sounds much like a practical exam for a master's Degree in '90s art-rock with citations from Unwound, Polvo, Slint and Duster. Given the fact that none of those bands have much crossover in sound, other than the nomenclature of rock, Concentrator truly stands as its own architect of a jagged, sleek and aurally ingenious structure. A far cry from the typical all-local release party, this show is stacked with three touring acts in Spencer Radcliffe, Horse Jumper of Love and the simple yet elegant Butthole.

Hylidae w/ Demonlover, DMY, Crim Dolla Cray
9 p.m. Off Broadway, 3509 Lemp Avenue. Free. 314-773-3363.
Jon Burkhart, the one man band behind the wall of sound that is Hylidae, originally booked this bill in support of a touring artist. But when said act had to drop, Burkhart and company went all in on a free all-local show which features DMY, one of St. Louis' busiest producers and purveyors of the brainy sub-genre of Footwork. Demonlover is a three-way partnership between songwriter Andy Lashier, avant-garde drummer Mike Herr and modular synth artist JJ Hamon (who also moonlights in several other acts including Magic City, Thumpy Sticky and more).

Sweet Baby Jesus w/ Old Table, Fragile Farm
9 p.m. The Sinkhole, 7423 South Broadway. $5.
Sweet Baby Jesus floods its songs with fuzz and colorful noise, painting its own distinct shade of jangly classic rock. The players riff as if they were victims of the Ludovico Technique from A Clockwork Orange, with all the horrific films swapped out for old clips from The Midnight Special TV show. Performance artist and stripped-down pop act Fragile Farm provides local support with a set of oversharing, self-deprecation and introspective jams.

Ann Wilson of Heart
8 p.m. River City Casino & Hotel, 777 River City Casino Boulevard. $49.50-$89.50. 314-388-7777.
By Jaime Lees
From Ann Wilson Fights Back Family Heartache to Press On with Her Solo Career:
The thing is, Wilson is the Muhammad Ali of singers. She's the Serena Williams of singers. She's the Wayne Gretzky of singers. In fact, her voice is so universally revered, so deeply treasured and historically important, that it would be fully appropriate to say that Muhammad Ali was the Ann Wilson of boxing.

Smino w/ Bari Allen
8 p.m. Delmar Hall, 6133 Delmar Boulevard. $20. 314-726-6161.
By Christian Schaeffer
It’s hard not to feel a touch of hometown pride as St. Louis native Smino’s star continues to rise. The Chicago-based hip-hop artist, born Christopher Smith Jr. to a musical family, has been a talent to watch since he released a pair of hotly tipped EPs, but this year’s full-length blkswn shows his talents in Technicolor hues. His vibe can shift from syrupy to Soulquarian, and on a track like “Spitshine” he’s able to move between quick-hit verses and dreamy falsetto against a bed of heavy bass and stuttering electric piano.