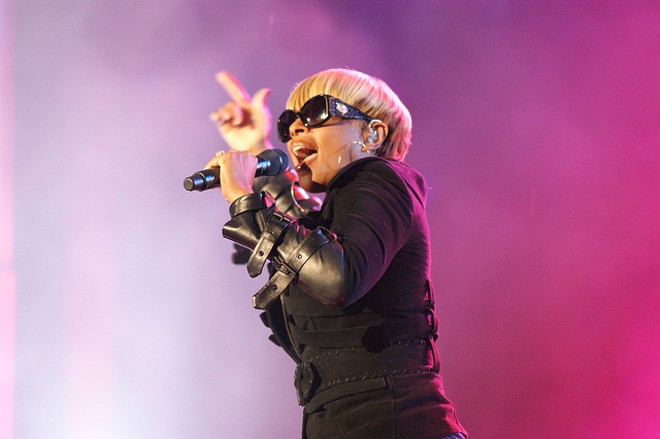 Today iHeartMedia St. Louis announced that its short-lived Christian music station, "Up 103.7," has become "Majic 103.7," a.k.a. "Today's R&B and Throwbacks." The station officially debuted at 10:37 a.m. — meaning you can tune in right now for its first day, which includes 10,000 commercial-free songs in a row.

The Christian station debuted in December 2015.

The new station's full programming lineup has not officially been announced. However, you should expect to hear big-name R&B artists from past decades through today — Luther Vandross, Michael Jackson, Mary J. Blige, Stevie Wonder, Maxwell and Janet Jackson.

A.J., senior vice president of programming for iHeartMedia St. Louis, said in a press release that the name has been part of the St. Louis market since 1979.

Says A.J., "With the launch of the new Majic 103.7, we are resurrecting over 35 years of enriching lives and serving the St. Louis community."