18andCounting Is One of This Year's STL 77 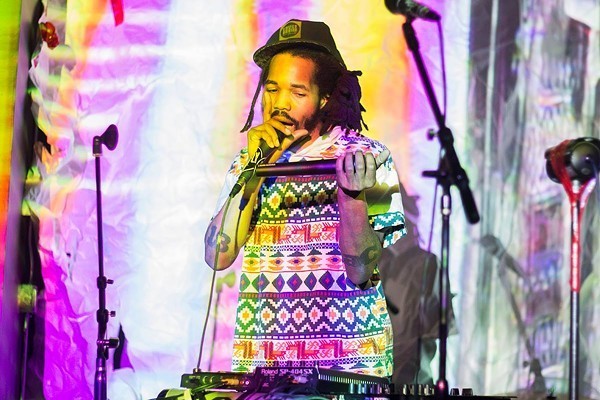 Pigeonhole Stan Chisholm at your peril. You may have heard him spin at spaces ranging from the Royale to word-of-mouth warehouse parties, or you might have seen his expansive murals at the City Museum. But as a multi-disciplinary artist who performs under the aegis 18andCounting, Chisholm spent much of 2016 working on TheBirdsAtThisHour, the contents of which he doled out over a series of shows last fall. The document itself shows his versatility as a performer, and here he leads TheOnlyEnsemble — a hodge-podge of percussion, violin and didgeridoo — and manipulates beats and synths while laying a sometimes spare, sometimes opulent backdrop for his meditative verses. Chisholm is a hip-hop lyricist at heart, but his collaborative, curatorial spirit elevates 18andCounting into something unique and of a piece.

Recommended if you like: Sprawling and difficult to define art, bricks