Stacy Johnson, Singer with Ike Turner and Benny Sharp and the Sharpees, Has Died 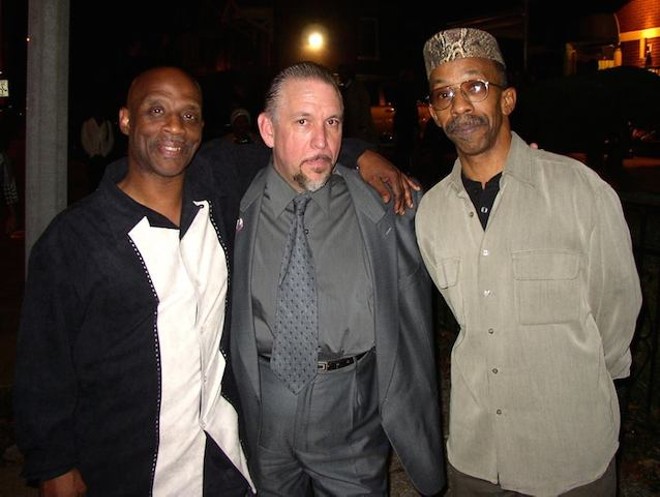 Stacy Johnson, St. Louis soul and blues singer and songwriter, died May 11 after a long struggle with cancer. He was 72.

Schooled in gospel, doo-wop and blues, Johnson grew up in St. Louis and as a teenager sang with the Superiors before forming his first notable band, the Arabians, with guitarist Herbert Reeves. Reeves would join Johnson in an early incarnation of pivotal St. Louis R&B outfit the Sharpees, led by guitarist Benny Sharp. As part of the Sharpees, Johnson made lasting, if under-recognized, contributions to the emergence of St. Louis’ distinctive rhythm and blues sound.

Johnson's first major break, however, came with Ike Turner in the early '60s. He toured with the Ike and Tina Revue and recorded the scorching blues song "Consider Yourself" with Turner for the Modern label in 1964. Most singers not named Tina would wilt in the company of Turner's blistering guitar. But even as a young man, Johnson proved he wasn’t just a good singer. His voice had rare power: Raw, agile, uncalculated, with phrasing and range that were both world-class.

"Stacy Johnson was a stone veteran vocalist of our town since the 1960s," says musician, DJ and record-store owner Tom Ray. "His records were few, but songs such as the Ike-produced blues 'Consider Yourself,’ plus 'Don't Believe Him' and 'Remove My Doubts' show a knowing, real-deal soul vocalist at a high level of performance. Stacy never reached the upper rungs of the music industry, but it wasn't for lack of talent."

In a 2000 interview with St. Louis BluesNet, Johnson expressed pride in his contributions to Ike and Tina’s stagecraft: "There was a minimum amount of dancing being done with the Ike and Tina show, and upon Vernon [Guy] and I going, the whole show changed, because we interjected 90 percent — and I stand convinced of this – 90 percent of the dance routines that they did as a whole group."

Weary of touring, Johnson eventually left Turner's revue to rejoin the Sharpees, who scored a string of hits on the One-Derful! label in the '60s. In 1966, Johnson again stepped out on his own for the excellent solo single "I Stand Alone." Throughout the decade, he worked with a host of bands at St. Louis clubs including the Dynaflow and the Riviera, often sharing the spotlight with close friend Vernon Guy (the two recorded "The Hunter and the Rabbit" and "My Life Time Love" for the Sonja label in 1963). By 1982, Johnson had begun to give up on performing, but in 1987 he came out of retirement to sing on Johnnie Johnson’s first solo album Blue Hand Johnnie and tour Europe with the likes of Robbie Montgomery (one of the Ikettes), Clayton Love and Oliver Sain as part of the St. Louis Kings of Rhythm.

Johnson continued to work in St. Louis for some 40 years, notably as a featured singer with Bennie Smith, Soul Reunion and Broadway Rhythm, among others, only slowing down in the last decade after suffering three strokes. A fundraiser for Johnson at BB's Jazz, Blues and Soups in 2012 was one of his last high-profile appearances. At the event, Johnson took the stage backed by an all-star band to deliver "Look Out" and "Rainy Night in Georgia." In his book That St. Louis Thing, Vol. 2, writer Bruce Olson recalled that at age of 67, Johnson's voice remained "creamy…well spoken and clear as a bell."

Johnson's widow, Andelene Johnson, has established a GoFundMe page to help with final expenses. Funeral arrangements are still to be announced.