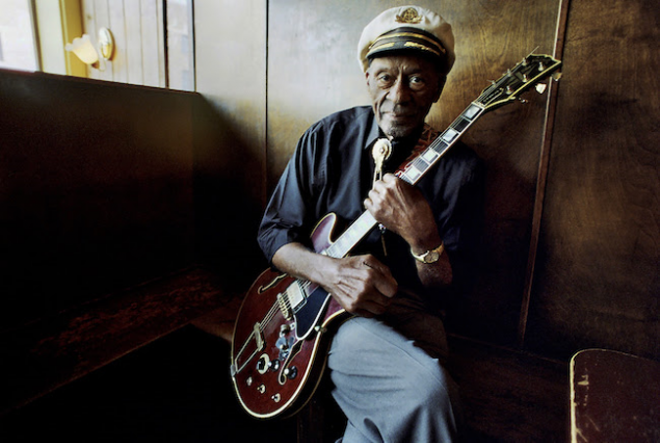 Chuck Berry, who passed away last month at the age of 90, will release a new album on June 9. Entitled Chuck, the record will be the rock & roll legend's first new material in nearly four decades, following 1979's Rock It.

Today saw the release of the second single off of the upcoming record — a song called "Wonderful Woman" that is said to be about Berry's wife of 68 years, Themetta Berry. The song is indeed a family affair — Berry's son, daughter and grandson all played on the track, in addition to Texas guitarist Gary Clark, Jr.

The song follows the release of "Big Boys," another new cut from the album, which came out last month. Each song is unmistakably Chuck, with familiar rollicking guitar riffs and plinking piano lines throughout.

Berry worked on the songs for the new album for more thirty years, according to his son Charles Berry Jr. All of the songs were recorded between 1991 and 2014, after a fire at Berry's estate destroyed his original recordings in 1989.

Listen to the new song below: