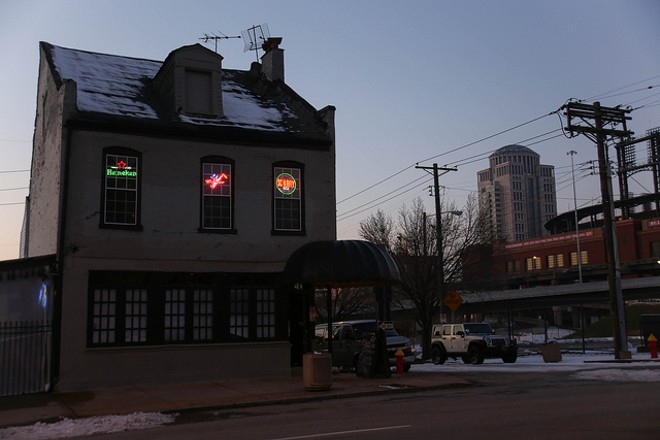 Beale on Broadway (701 S. Broadway) was slapped with a federal lawsuit this week by Broadcast Music Incorporated, or BMI, for allowing artists to perform copyrighted cover songs in the venue.

In a suit filed on Tuesday, the performing rights organization, which licenses more than 12 million copyrighted compositions on behalf of composers, songwriters and publishing companies, alleges that the blues bar willfully infringed on the copyrights of five songs in BMI's repertoire by allowing them to be performed in the venue without purchasing a license.

The offenses allegedly happened on November 5, 2016, and on January 20 and 21 of this year. Five specific songs are cited in the lawsuit:

-"Busted" by songwriter Harlan Howard, written in 1962 and made famous by Johnny Cash and Ray Charles, separately, in 1963

-"Papa Was a Rolling Stone" by songwriters Norman Whitfield and Barrett Strong, written in 1971 and made famous by the Temptations in 1973

-"Express Yourself" by songwriter Charles Wright, written and performed in 1970 by Charles Wright & the Watts 103rd Street Rhythm Band

-"Mess Around" by Atlantic Records president and founder Ahmet Ertegün, written in 1953 and made famous by Ray Charles

-"Strokin'" written and performed by Clarence Carter in 1985

BMI claims in the suit to have reached out to the venue more than 60 times since April 2014 via phone, mail and email, including by sending cease-and-desist notices.

BMI is one of of three major performing rights organizations, or PROs, whose primary function is to collect license fees on the behalf of its clients, which are then distributed as royalties to the owners of the songs. (The American Society of Composers, Authors and Publishers, or ASCAP, and the Society of European Stage Authors and Composers, or SESAC, round out that list.) Some of the work they do is noble — securing payment for artists whose works are used in television and movies, for example — but the industry's practice of sending spies to bars and restaurants to sniff out and heavily fine small business owners has generated a fair amount of criticism.

As an example, a similar case in 2015 forced a Tampa Bay-based bar named Tadpole's to close, according to the Tampa Bay Times. A band performing at that venue played Jimmy Buffett's "Margaritaville," Hank Williams Jr.'s "Blues Man" and Brantley Gilbert's "Dirt Road Anthem" to an audience that included one of BMI's so-called "music researchers." BMI took the bar to federal court and secured a $30,000 settlement. Tadpole's was unable to absorb the cost.

Proponents of the system point to it as a vital method by which artists and songwriters are able to make money off their work. A quick glance at the credits for the songs listed in either lawsuit, though, makes clear these are hardly starving artists.

"We can say it's legalized extortion, but the copyright rules are pretty strict," Tadpole's lawyer, Anthony J. Comparetto, told the Times. "Because they are copyright songs, there are statutory damages and, in federal court, the attorneys fees can blow up quite easily. It's staggering the numbers that can come down on you."

And that's even though it's not the bar setting the playlist. Said Comparetto, "In theory, the band is just as liable for the copyright infringement. But the band's got no money."

Beale on Broadway did not respond to a request for comment yesterday.