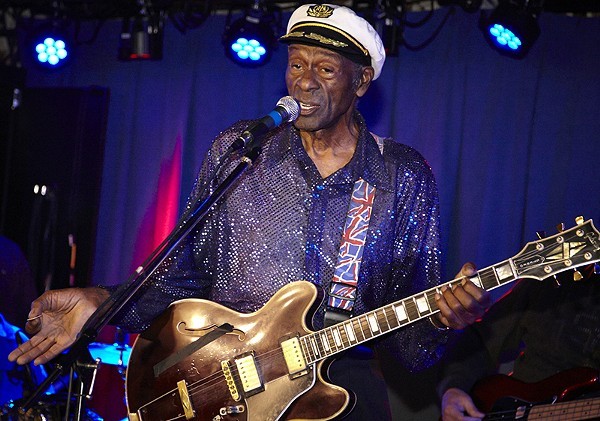 Charles Edward Anderson Berry Sr., better known to the world as Chuck Berry, legendary guitarist and father of rock & roll, has passed away at the age of 90.

St. Charles County police say they were called to a home on Buckner Road at 12:40 p.m. on Saturday, March 18, for a "medical emergency." First responders attempted to resuscitate the unresponsive Berry. Their efforts were unsuccessful and Berry was pronounced deceased at 1:26 p.m.

In October, RFT Music published an article highlighting the most rock & roll moments from Berry's long career. Now would be a good time to revisit that.

See below for a slew of articles we've published about Berry in the past.