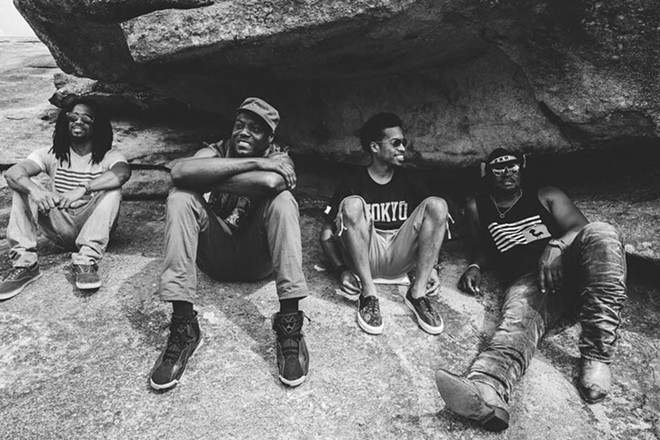 Since forming in 1995, Bowling Green, Kentucky hip-hop act Nappy Roots has bounced around rap's underground, seemingly unable to live up to the promise of its early output (or, at least, to capitalize on that promise). It's no matter though: The classics are still classic. 2002's Watermelon, Chicken & Gritz produced the group's most well-known singles, “Awnaw” and “Po' Folks,” while Nappy Roots was still signed to Atlantic Records. The album's followup, Wooden Leather, failed to attract the same level of buzz, and was the last record the group would release on a major label. Regardless, Nappy Roots consistently puts on an excellent live show packed with the hits.

DIY or Die: Don't fret for the lack of corporate backing: Nappy Roots has been independently releasing its own music since 2007, including 2015's excellent The 40 Akerz Project. It is good to be in the pocket of none.

Watch the video for "Melting Pot" from 2015's record, below: