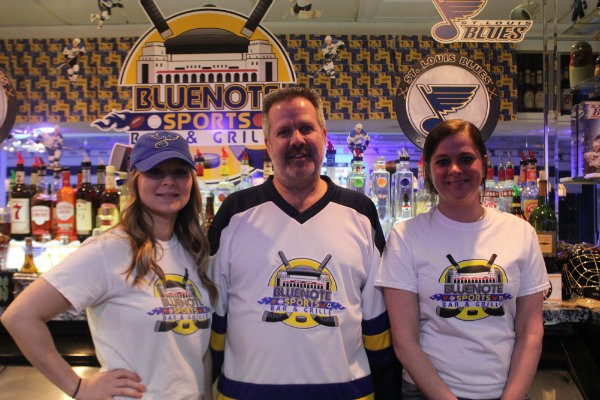 Bluenote is the brainchild of hockey fan and first-time bar owner Tom Branneky who has been working on the concept for the last three years. A former mailman, Branneky was looking for a career change and got to thinking about the lack of hockey-themed bars in town. Armed with a basement full of Blues memorabilia, he set out to fill that void.

"St. Louis is a baseball town, but I know how dedicated Blues fans are," Branneky says. "It's easy to be a Cardinals fan because they win all the time, but it hasn't always been so easy to be a Blues fan. They just have such passion for the team, but there's really only one place in town to go for hockey."

Branneky scoured the St. Louis area for a space before settling on the bar's current spot in a long-vacant restaurant space on Lindbergh Boulevard, just south of The Crossings at Northwest (formerly Northwest Plaza). His goal was to make the spot a bright, welcoming space filled with all kinds of authentic Blues memorabilia.

And in that, he's succeeded, filling the bar, wall-to-wall, with prized possessions from his personal collection as well as items found online. The moment you walk in, you are greeted by life-sized wall decals of Blues players, and the theme carries through the two rooms that make up the bar. Pool tables, hockey-themed pinball machines, a large bar and booth seating dot the space, and multiple televisions, backlit in blue LCD lights compete for space on the walls with all of the sports memorabilia. 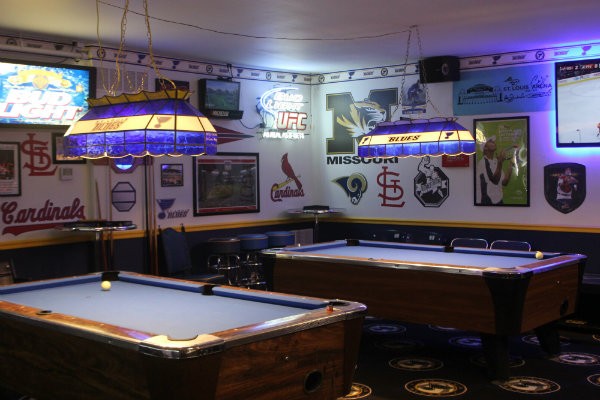 The decor was the easy part, but Branneky admits that opening a bar and grill for the first time is proving much more challenging than he could have ever imagined.

"With no background in the business, or really even running or owning a business myself, I knew there were going to be a lot of stumbling blocks," Branneky admits. "There was a lot of red tape and a lot of delays, doing things like getting the building up to code. Financially, I didn't have any idea of all of the costs until I got into it."

The soaring costs of opening the space prevented Branneky from being able to offer food service right away. "I had to get the doors open to start making money," he says. "The goal is to get the kitchen up and running in a few months."

Until then, Bluenote patrons are encouraged to BYOF (bring your own food), or order pizza or Chinese takeout from neighboring restaurants. Sometimes, Branneky notes, the food just shows up.

"One night Domino's sent over several pizzas and orders of wings from an order that got cancelled," says Branneky. "They told me we've been giving them so much business that they wanted to give them to us for free."

The lack of food hasn't stopped Blues fans from packing the space. Branneky always knew there was a strong hockey community in town, but he didn't know just how large it was until he joined some of the Blues Facebook groups. "They've been so supportive," he says. "I had over 2,000 likes on my Facebook page well before we even opened." 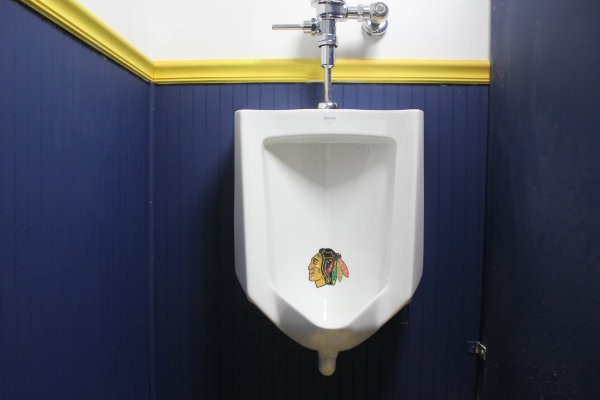 Bluenote, which has been open for just shy of a month, will have its grand opening festivities this weekend, including visits from Blues alumni, raffles for valuable hockey-themed prizes and a complimentary barbecue.

Branneky hopes the weekend's festivities will give people who haven't yet had a chance to stop by a reason to wander in and become lifelong fans.

"For me, there's just nothing like hockey," Branneky says. "It's just real rewarding for me when people come in to see the looks on their faces. This is my version of Ballpark Village." 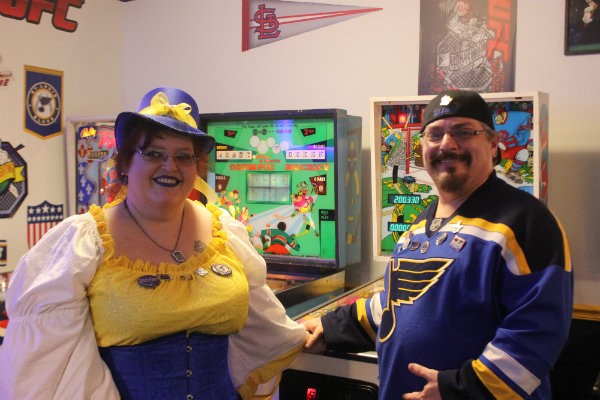 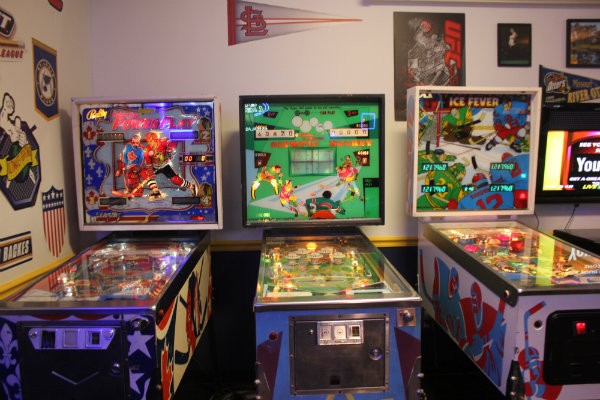 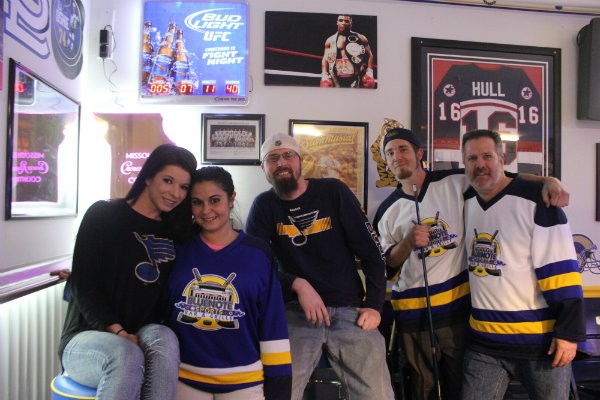 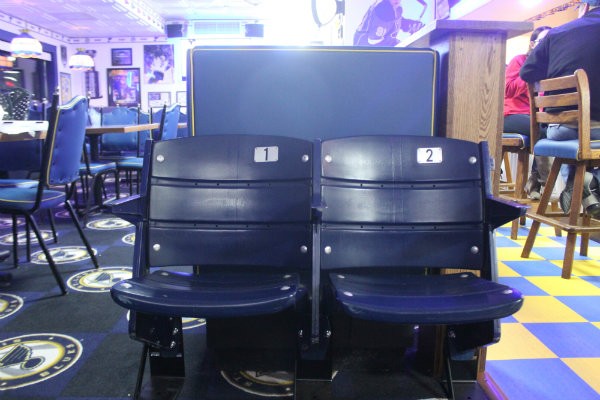 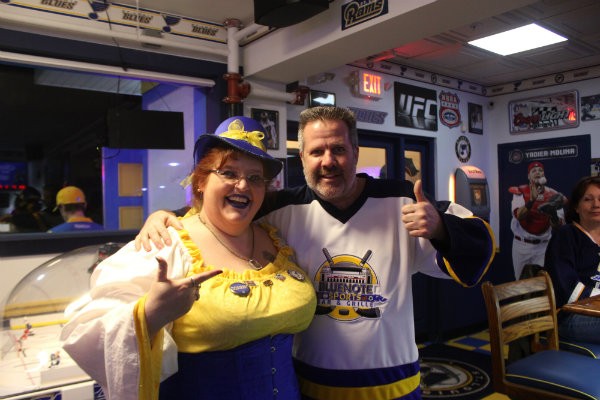