Britney Spears, Queen of Punk, Does Not Want to Follow Your Rules 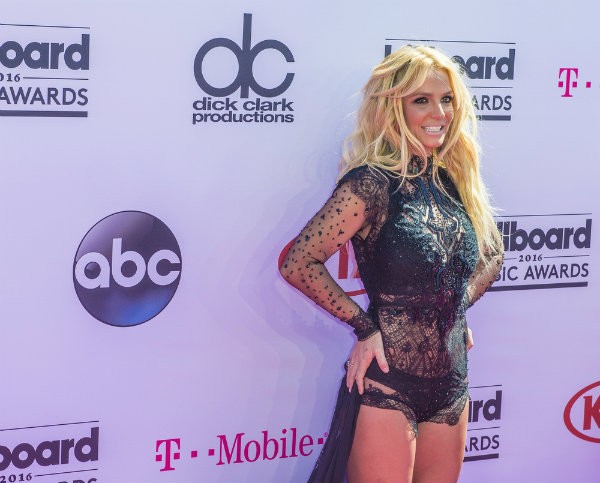 Today marks ten years since Britney Spears shocked the world by shaving her own head. The reasons behind this bold event are still unclear, but one fact remains: On February 16, 2007, everything changed. Britney Spears became the ultimate punk. Spears had been in the public eye for eight years at that point and had already experienced a number of transformations. She came on the scene in pigtails and a Catholic schoolgirl skirt, cooing “... Baby One More Time” and captured the attention of both the teen crowd and legions of Lolita-chasers. Her breakthrough album sold an insane amount, spawned numerous singles and featured Spears posing on the cover in an upskirt photo that was just inches away from being all kinds of illegal. Genius. She worked that virginal but innocently sexy thing until it got played out and then began her first transformation. She offered the idea that she was not a girl, not yet a woman. This version of Spears was sexually curious and working for ownership of her body and her autonomy. This again put a tent in the pants of her creepier followers, but many of her loyal fans were at that same stage in their lives. Unlike her fans, though, she was actually banging Justin Timberlake, who was then a boy-bander with ramen noodle hair and who was nowhere near to bringing sexy back. 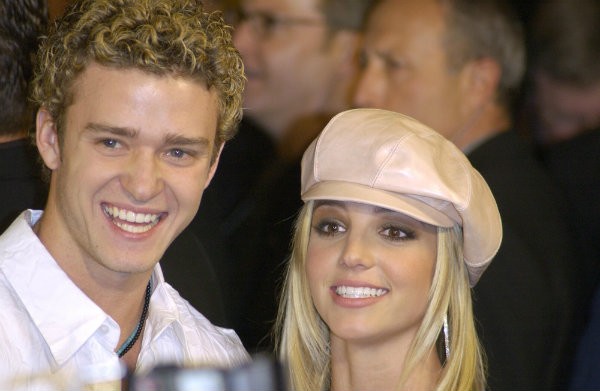 A grown woman version of Spears came next and so did her fans. (Rimshot!) She kissed Madonna on television and released an album of emotional ballads and next level club tunes including the brilliant “Toxic.” This version of Spears was fully developed and man, she was horny for you, sir. By this time she reigned as the modern queen of pop and was an unmissable, incalculable superstar. Spears had long been portrayed as some kind of feminine ideal. Blonde hair, tan, tight body, flat abs, sweet disposition, slight lisp, excellent at playing dumb — she was the perfect little MTV package. She played a coy nymphet all the way to the bank and became the sex symbol of her generation. She was also under inconceivable amounts of pressure to maintain this status, her body, her power and to keep bringing in all that money. Her image started to crack. It showed, but things were still under control. She married Kevin Federline and birthed a couple of his puppies. She also left her house while looking a hot mess and did other things that a superstar just wasn’t supposed to do. (Or wasn’t supposed to be seen doing, at least.) She spent the end of 2006 clubbing with Paris Hilton and Lindsay Lohan, offering up all kinds of gold for the paparazzi. (Not gonna link it but you know what happened every time she exited a car.) The impression she gave was that she was a bit out of control, but in a “party girl” kind of way. This seemed to just be a phase that lots of LA-based stars go through before they settle down and find yoga. This time in her life was fully documented and she seemed to be acting erratic at best. She was slipping right in front of our eyes and there was literally nowhere to go but down. And most interestingly: she did not seem to give one fuck. When most people think of punk, they think of sneering 1970s icons like Johnny Rotten from the Sex Pistols. Or they think of bored black-clad delinquents like the Ramones. Or they think of the undiluted Midwest psychosis of Iggy and the Stooges. Most people do not think of teen pop idols like Britney Spears. But those exalted punk heroes had nothing to lose. They could go out and blow snot and talk shit and complain about society and capitalism and everything else and it was expected that they would behave like that. That was their job. The “classic” punks never had any measurable success to begin with, so it didn’t really matter if they threw it all away. Johnny Rotten was born poor and ugly, but Britney Spears was born to be a pretty pop princess. Spears had much, much farther to fall. And fall she did. Why? Nobody really knows for sure. But the shaving of her head was a watershed, no-turning-back kind of event. It could’ve been the result of a postpartum issue. She’d had two babies in one year and her youngest was only about five months old at the time. Many speculate that she was concerned that she’d lose custody of her children because of her rumored drug use, so she shaved her head in a misguided attempt to thwart any tests that could’ve been done on her hair. Other insiders suggested that she’d received a devastating medical diagnosis and was acting out. Maybe her hair extensions were just pulling painfully at her scalp? Or maybe she’d just had enough of it all. No matter the reason, the result was still the same. The most omnipresent superstar of her generation very publicly attacked herself. For a female pop star, literally the most confrontational thing she could do was to attack her beauty. It was the ultimate anti-establishment move.

And it’s not like she went to some chi-chi Beverly Hills salon to get a well-designed close crop. She wasn’t Sinead O’Connor and being bald was absolutely not part of her known look. She basically buzzed her melon with dog clippers in full view of the cameras while smiling manically. This is the pop culture equivalent of when those monks protest by sitting in the middle of a street and lighting themselves on fire. The general reaction at that point wasn’t just “check out this crazy bitch.” For some of us, it was also “Why won’t anyone help this poor girl?” The head shaving was followed by an attack on a car with an umbrella where Spears appeared to be wild-eyed and totally at her limit. (Much later, in a blog post on her website, Spears apologized for the umbrella incident and said that it was a result of going overboard in preparation for a role that she did not get. Hmm.) She also spent months wearing wigs and sobbing in the streets and driving from gas station to gas station on the hunt not just for the perfect bag of Cheetos, but something else unknowable. She was eventually pulled out of her own home and strapped to a gurney and taken into the hospital against her will. All of this, absolutely all of it, was photographed and documented ad nauseum.

Michael Jackson aside, no one in recent pop culture history has had a more public downfall. Spears was put under a conservatorship that is seemingly never-ending, and celebrity gossip blogs opine that she’s under close surveillance and is possibly medicated against her will. (Suck it, Sid Vicious! You wish, Courtney Love!) Her current show in Las Vegas is rumored to present a zombie version of her former glory, with Spears performing tight, robotic movements without emotion, like the animatronic puppet band at a Chuck-E-Cheese crossed with a tired stripper who can barely contain her contempt for her audience. The majority of the show is known to be lip synched, too. Still, thousands of people go to see it and hand over tons of money for the privilege. It’s the Great Pop Swindle. Ever get the feeling that you’ve been cheated? Get that dollar, girl.

Props to those who live and work outside the system, but a smart punk messes things up from the inside. A successful punk finds a way to bend the world to their will. Britney Spears played you. She presented a mirage and you fell for it. Then you gave her your money and she took that money and possibly spent it on drugs. That’s punk as fuck. And even though you should know better by now, you’ve accepted this mirage for a second time. She sprays on her tan and glues in her hair extensions and you swallow the whole thing all over again. You ignore any weirdness about that whole situation so that you can continue your own fantasies. She spends her nights taking all of your money in Vegas and she spends her days painting and relaxing and hosting the most lovable celebrity social media account this side of Chrissy Teigen. You follow that account. And you love it. A movie about her life premieres this weekend on Lifetime. You'll watch it and you'll love that, too. Basically, she flipped the entire structure of pop stardom and got away with it. You work for Britney Spears now, bitch. Up the punx. God save the Queen.