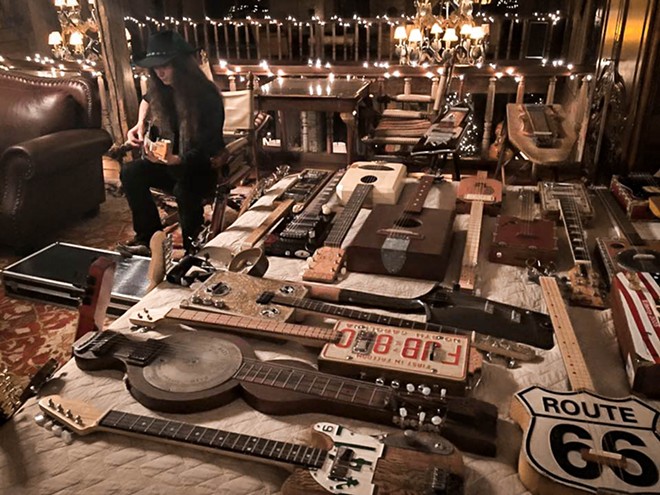 Recyclable materials are the inspiration for a one-of-a-kind instrument — the cigar box guitar.

As the name implies, the body is made of an empty cigar box. The head and neck can be made out of anything, from old bicycle parts to cast iron skillets to bedpans. These cigar box guitars will be showcased at the St. Louis Cigar Box Guitar Festival on June 3.

The festival began in 2013 at the Highway 61 Roadhouse and Kitchen (34 South Old Orchard Avenue, Webster Groves; www.stlcbg.com). Co-founder Gary Herget said its genesis was conversation on the Cigar Box Nation website, a social site for enthusiasts of the DIY instruments. Herget had been to a similar festival in Kansas City, and after talking online to Steven Miles of Edwardsville, Illinois, they decided to work together to bring one to St. Louis.

"We St. Louisans are kind of different, and this is something different and unique." Herget says. "When people come to the festival, they can't believe that you can actually play a guitar with only three strings and then play it on a cigar box."

These instruments can take anywhere from fifteen minutes to fifteen hours to construct. It just depends on whether creators want to go more simplistic or technical. The versatility lets musicians personalize what they play.

"It's something that you do with your own two hands," Herget says. "It's something you create. It's not a store-bought monster. — when you do that, you're 100 percent involved in the project you're doing and you have control over how it comes out."

The guitars tend to be inexpensive endeavors, with musicians selling their creations starting at $25 and going up to around $150 on average.

The festival is not just a showcase, but also a shopping opportunity: Vendors on site are looking to sell their own custom instruments. Herget says they have seen their attendance increase from 300 to 500 as the festival has aged. Some of those people come from as far away as Washington D.C. and Maine.

This year's featured performer is Justin Johnson, a roots, blues and Americana artist who exclusively plays homemade instruments. He has been with the fest since its inception.

The festival will also hold a benefit for the Six String Heroes, a non-profit organization dedicated to providing injured U.S. military veterans free guitar lessons, Herget says. After a certain number of lessons, these veterans receive their own acoustic guitar. Herget says they are looking to raise money to help the organization provide guitars. 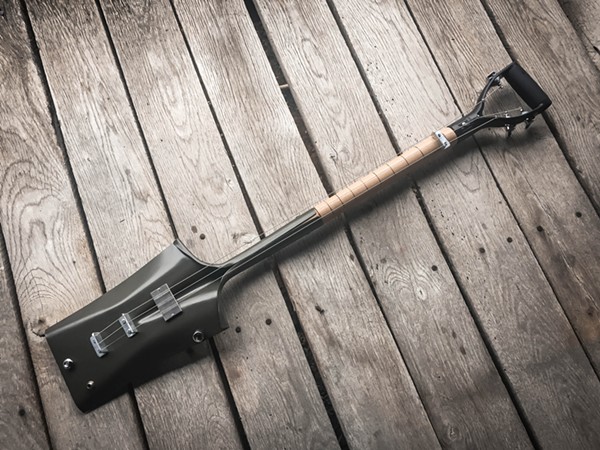