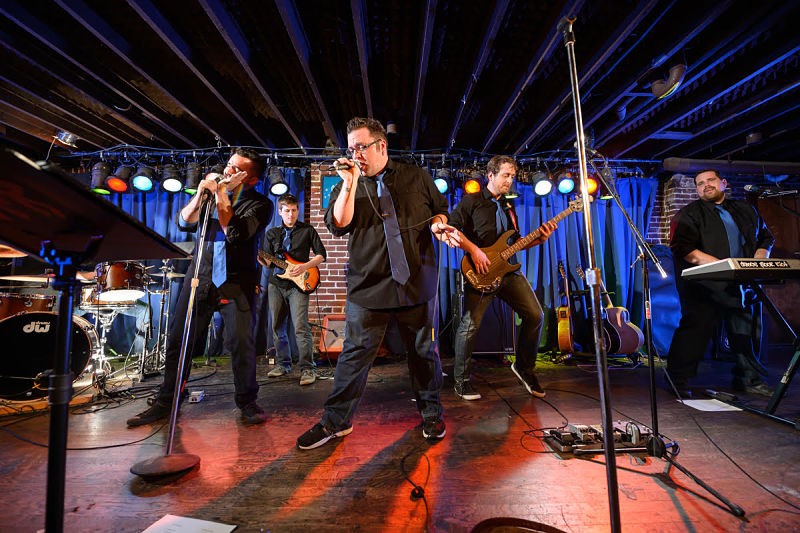 "We were out yesterday — my girlfriend's getting her PhD at Wash U and yesterday was her last day having to actually be in class instead of teach class, so we were out celebrating," he explains. "And I had to go — I'm a videographer for Channel 9, and I had to go out to get a night shot of a building for a documentary. So I came home and picked up my camera, I got my shot, and then we went out to the Gramophone to have some sandwiches and some beers."

Donnelly arrived at the Grove bar/eatery around 8:30 p.m., soon met by some friends from work. Close to midnight the group decided to call it a day. But when Donnelly and his girlfriend headed to the parking lot, they found an empty parking space where his white 2015 Honda Fit once sat. Worse still, Donnelly's drum set was in the car as well.

"We were parked right in that lot right there by the Gramophone, and my spot was empty," Donnelly explains. "No broken glass or tire marks or anything. Gone. Drum set and my camera — my two things I do for a living. Stolen."

Donnelly's band, Dance Floor Riot, is one of St. Louis' premiere cover bands, having been nominated repeatedly for RFT Music awards in the category. The group had gigs lined up for Friday night at Helen Fitzgerald's and Saturday night at Belleville's Silver Creek Saloon. Those shows were the only reason Donnelly had put his drums in his car in the first place — and even so, he still thought he was being careful.

"You can only fit my kick drum through the hatch in the back — it's so big it won't fit in the side doors," he says. "So I backed up to that gate far enough to where they couldn't get the back hatch open, just in case somebody did break into my car. I've had somebody break into my car before with a drum set in it, and they weren't able to get the drum set out because of the way I was parked. So I always do that trick. They wised up and just took the whole fucking car."

Between the drum set and the camera, Donnelly estimates he had a little more than $6000 worth of gear stolen from him — and that doesn't even include the car itself. Donnelly notes that the car has a Pro-Mark sticker in the lower left-hand corner of the rear window. The drum set is a DW Collector's Series kit, dark brown with a twisted walnut finish — $4000 when he purchased it new a couple years ago. With it was a Roland Spd-sx Percussion Pad — $800. The camera adds another $1400 to the total.

Donnelly immediately reported the theft to the police, but he says they have been of little assistance.

"They've been not helpful at all. They have security footage on the lot — there's two cameras," he says. "So I told the cops, and they didn't do anything about it, so I called them again this morning and then they went over to look at the footage. And I know that they've been by there, but they haven't called me, and I keep trying to call them and they won't tell me what's on the footage."

A police spokesman confirmed with RFT that they received a call regarding a vehicle stolen from the lot next to the Gramophone on Thursday night. According to their report, police are checking surveillance footage in the area. The investigation is ongoing.

Despite it all, Donnelly is still able to find the smallest of silver linings on an otherwise terrible situation.

Update: An employee of the Gramophone has reached out to clarify that the lot itself is not owned by the Gramophone, but rather the city treasurer's office. This post has been edited to reflect that.