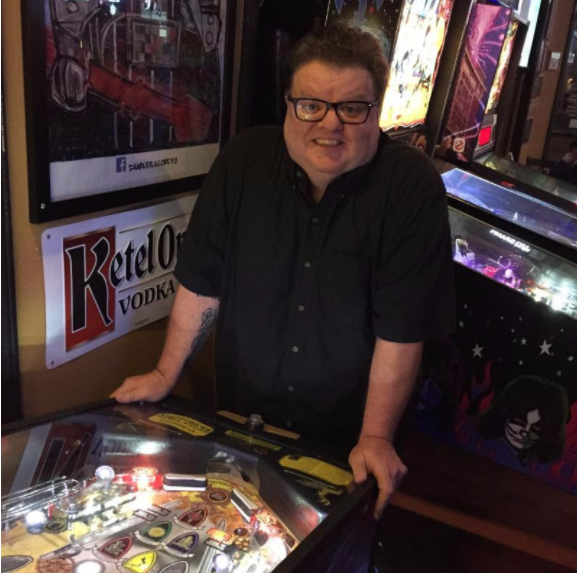 Richard Kennison is a true pinball wizard, and he’s aiming to become the greatest one in the world by defeating the Guinness World Record for the longest time playing the game. The previous record stands at 28 hours, but Kennison is aiming for a full 40.

He’ll take on the record at Padavan’s NY in St. Charles starting at 11:30 tonight. The restaurant — which normally closes overnight — will be open for the entire 40 hours Kennison spends facing down the Metallica pinball machine. If all goes as planned, he’ll be playing nonstop until late Sunday afternoon.

“I’m not the best pinball player in St. Louis. But I’m a passionate player,” Kennison says.

And he’s doing it all for his other passion — the St. Louis non-profit where he teaches juggling to children with the goal of bringing different communities together.

Circus Harmony’s goal is to help kids develop skills as circus performers, but it also brings together children from communities all over the St. Louis area, focusing on predominantly black communities like Ferguson and predominantly white ones like Creve Coeur, helping them build bridges as they perform.

“They become quite talented at this,” Kennison says. “And by working together, they learn to trust each other.”

Circus performance requires a lot of equipment, though, and Kennison is aiming to raise money for Circus Harmony by asking people to sponsor his record-breaking pinball performance.

“People talk about operating on a shoestring budget,” Hentoff says. “We operate on an aglet budget — the plastic tip of the shoelace.”

Kennison plays in pinball tournaments, which can often last about 10 hours for the top players, but he’s never played for anything close to 40 hours before. Still, when he heard that the current pinball record stood at 28 hours, he thought he could beat it.

For every hour Kennison spends playing pinball, he’ll be able to take a five-minute break. That won’t count towards his total time, though, so ultimately he’ll spend about 43 hours awake and following the Guinness Book of World Records’ exacting recording standards.

“I’m beginning to think hour 30 through 35 might really be crunch time,” Kennison says.

For Kennison, pinball and juggling have a lot in common. They’re both fun, but also require focused attention and mathematical precision. Kennison likes the way pinball offers a chance to compete that’s skill-based but also unpredictable.

“All you need is one ball to blow up a game, and you can beat anybody,” Kennison says.

You can donate to his campaign for Circus Harmony online.

Editor's note: A previous version of this story named the wrong Cirque du Soleil performer coached by Kennison. The performer he coached is Thom Wall. We've since updated the story, and we regret the error.