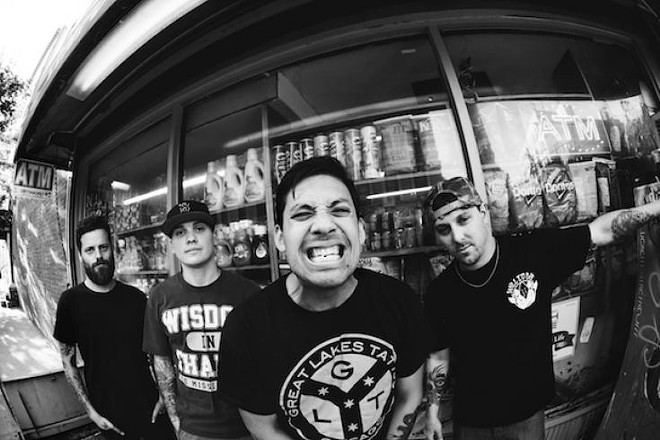 Cruel Hand has come a long way since its beginnings as a humble side project. Formed in 2006 as a way for the members of Maine hardcore band Outbreak to switch around the instruments they were each playing, the five-piece has proven to have much more longevity than its forebear, which has been inactive since 2011. (By the end of Outbreak's run the two groups no longer shared any members.) Cruel Hand has since gone on to release five LPs to Outbreak's two, including September's Your World Won't Listen, a ripping bombardment of metal-tinged east coast hardcore in the vein of No Warning and the Cro-Mags. Outbreak fans may continue to mourn the group's ongoing inactivity, but at least they still have Cruel Hand to keep the pit moving.

Warming the stage on this tour is Pittburgh's Eternal Sleep and Knoxville's Will to Die, each hardcore and heavy in its own right. Show up on time and don't forget to stage dive.