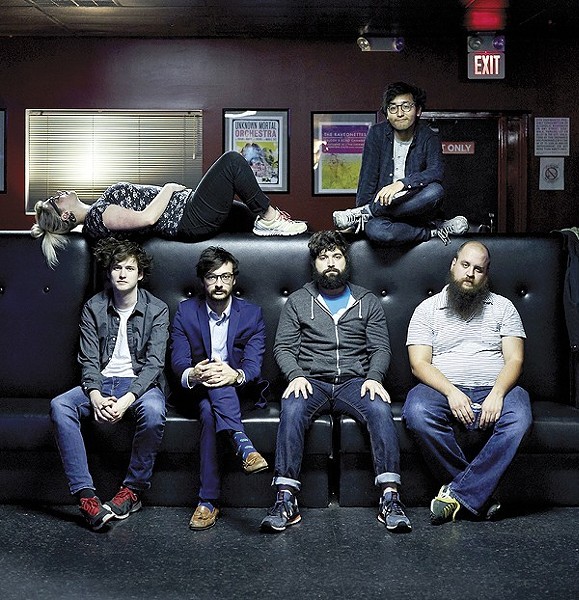 On Monday night, St. Louis' much-lauded Foxing was hit head-on by a truck while traveling through the mountains of northern California, according to a post on the band's official Facebook. Thankfully, no one was seriously hurt.

"Aside from a few injuries (**only one trip to the hospital**) everyone is alive and in relatively okay spirits," the band writes. "We're all shaken up but at the same time feel extremely lucky."

At the time of the accident, the band had pulled over to the side of the road to move some rocks that had fallen into the roadway due to a landslide. Two members of the band were clearing the debris while the rest of the travelers waited in their parked vehicle.

Suddenly an oncoming truck slid out of its lane and hit the van head-on. According to the band, a large rock had become wedged under its tires, forcing the truck into a slide.

All parties involved were extremely lucky the situation did not end worse.

"Had we not been parked we would have likely been pushed off the side of a mountain," the band writes. "Had the truck slid any further off it would have hit the two of us who were out of the van."

Foxing is scheduled to perform in Portland on Tuesday night. The band says they are making every possible effort to continue on with the show — though the van itself won't be joining them.

"The van we were in may be totaled, we don't really know. We do know that it won't be finishing out the tour with us," the band writes. "It's weird even talking about the van right now — on one hand it's another financial hit on this tour, but all in reality, when the entire inside of your vehicle is being illuminated from headlights barreling towards you, the van or the money cease to exist. When it comes to the van, I dunno, we'll figure it out."